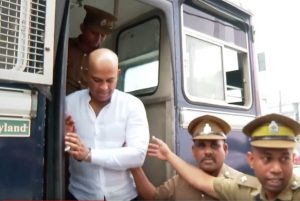 Parliamentarian Ranjan Ramanayake has been granted bail by the Nugegoda Magistrate Court today.

The Court also barred Ramanayake from leaving the country and requested the  parliamentarian to handover his passport.

Ramanayake was arrested and remanded over charges of exerting undue influence on judges.

He was arrested at his Madiwela residence on the 14 of January based on a an arrest warrant issued by the Nugegoda Magistrate.

The arrest took place on the orders of the Attorney General had directed the Director of the Colombo Crime Division(CCD) to obtain a warrant to arrest and produce Ramanayake before court.

April 2, 2020 byTSM Web Desk No Comments
Health Minister Yaakov Litzman and his wife were diagnosed with the coronavirus, according to an announcement made by the Health Ministry.