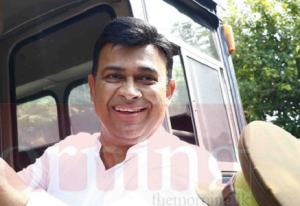 Parliamentarian Ranjan Ramanayake has been further remanded until 12 February by Nugegoda Magistrate Court.

Ramanayake was in remand custody until today(29) over exerting undue influence on judges.

He was arrested at his Madiwela residence on the 14 of January based on a an arrest warrant issued by the Nugegoda Magistrate.

The arrest took place on the orders of the Attorney General had directed the Director of the Colombo Crime Division(CCD) to obtain a warrant to arrest and produce Ramanayake before court.

August 29, 2019 byTSM Web Desk No Comments
Lebanon’s General Security has detained a Sudanese-SL family of seven, including four children under age 18, threatening to deport the parents to different countries for lacking residency documents.