Rapist among convicts selected for execution? 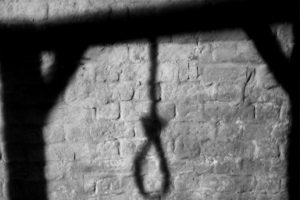 A rapist is among the four convicts selected for execution, an official close to the President told The Sunday Morning.

The official said that President Maithripala Sirisena had selected the four convicts to be executed as they had repeatedly engaged in drug trafficking while serving life in prison.

While the four convicts have been accused of drug trafficking, one of them was reportedly also accused of rape.

The convicts had been sentenced to death but the sentence was commuted to life in prison as the death sentence is not implemented in Sri Lanka.

However, when contacted, the Justice Ministry said that it had no information of any of the convicts set to be executed being accused of rape.

The Media Spokesman of the Minister of Justice and Prison Reforms Thalatha Atukorale, Nalin Rajapaksha told The Sunday Morning that as far as he knows, no prisoners convicted of rape are among those picked to be executed.