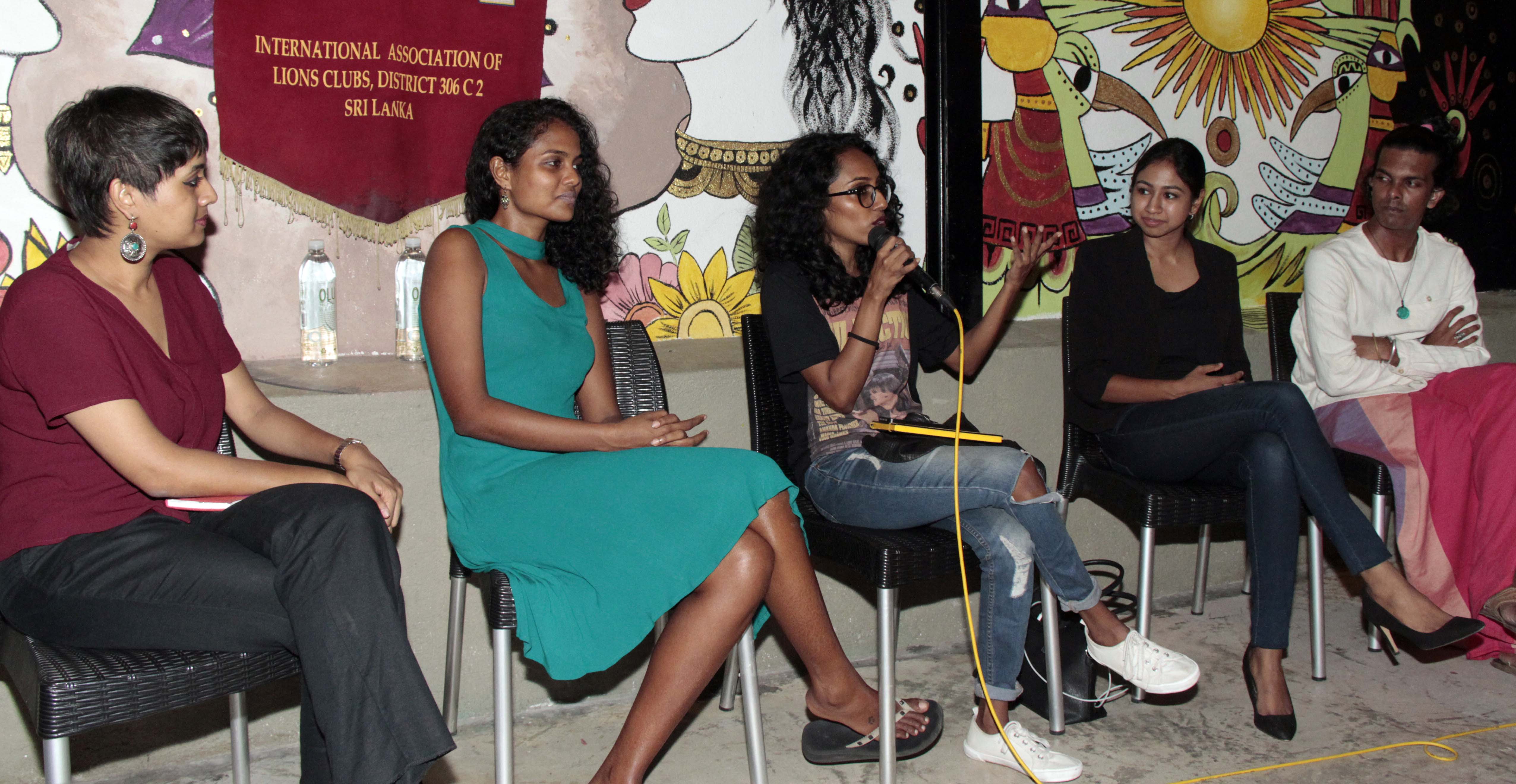 Redefining the power of women – SheForShe 2.0

A forum geared to discuss various topics on the empowerment of women, SheForShe 2.0 took place on 6 April at Sooriya Village. Organised by the Leo Club of Colombo Knights under Leo District 306 C2, the forum was graced by a multitude of speakers including Nadeesha Paulis – content writer/sustainable traveller; Nathali Devinka – writer/aspiring filmmaker; Kapila Rasnayaka – global advocate on gender, human rights, and sexuality; and Manisha Dissanayake – Attorney-at-Law/Arka Initiative Founder. The forum, which was moderated by Oxfam Coordinator Sheshadri Kottearachchi, aimed at creating awareness on the persistent issues faced by women in our society and encouraging them to strive to take decisions on their own.

Apart from this, the forum sought to highlight the importance of women supporting each other in reaching their goals of gender equality.


The role of support systems 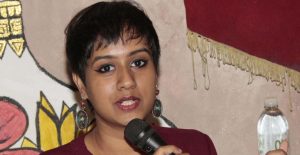 The first question of the evening was posed to Manisha: The role of support systems as an integral part of gender-based empowerment. In a world where the word “empowerment” is thrown around a lot and has come to mean very little, she asserted that empowerment is one that requires close attention and scrutiny. In doing so, one would understand the close-knit connection it entails with that of a support system. Speaking of her experience at a bank where she was ridiculed and treated in a sexist nature, she put a status based on her experience which ultimately went viral.

“I was in a meeting with this bank manager the next day and I was able to have a conversation and hold him accountable for what happened that day at his bank.” Focusing on the gist of her experience, she was able to realise in terms of empowerment that women need to use their voices, loud and clear. “You are very likely to find another woman who feels the exact same way as you. As for support systems, one must understand that there’s always going to be someone who identifies exactly what you’re going through because these problems are very widespread. It’s not very difficult to create a support system.”


Social media as a tool

Kapila and Nadeesha, who often through social media tend to uncover the bitter truths and harsh realities of life, were questioned next on how social media is used to empower both genders and thereby, the current changes that have taken place. 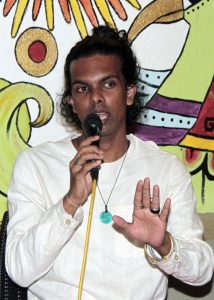 Whenever Kapila goes on to discuss gender-related matters specifically through YouTube videos, he tends to draw the line which connects human beings with society. Kapila’s videos, as he indicated, are designed around the aspect of prevention of certain behaviour, i.e. passing of remarks at girls, instead of sensitising their thinking patterns. “We did a campaign called Cool Boys. It was a very individualistic approach where today we see a very capitalistic society where I like to see what you have, not what I have. We have this concept where if one chooses to pass a remark at girls, they are ‘cool boys’. Instead, you’re a cool boy if you adopt a positive attitude towards society.”

Placing emphasis on the importance of creating a positive impact through social media, Kapila shared that the issue doesn’t lie on either gender, but on how one perceives things as a man or a woman. Societal issues must regulate around the notion as to why an individual does a certain thing in a certain way. Thus, engagement from all levels – individual, family, media, economic distribution, and educational institutions – becomes imperative.

Social media for Nadeesha encloses a space which is grey and filtered as the number of individuals who actually take initiative is limited. “What I try to do is to influence these very few people because we can’t change the whole world.” She then went on to focus on the ever-so famous phrase “don’t cry like a woman”, which supposedly marks the start of the differentiation seen between men and women. Be it social circles, schools, offices, or home and even amongst our siblings, it’s visible everywhere.

“We need to break these demarcations,” she added. Turning towards the inadequateness of social media (involvement) throughout our country, Nadeesha later emphasised on the importance of carrying these ideas to where it’s required – the grassroots.


Living and winning in a flawed system 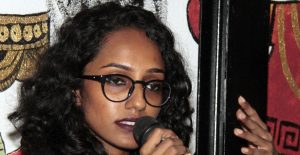 The mic was next handed over to Nathali, where she essentially shared with the audience how she won whilst living in a flawed system, how her struggles were overruled, and how she rose above all of them by creating her own outlet and voicing her own opinions through her video and filmography. Nathali briefed us on the importance of education throughout the course of her discussion. What an individual learns as a child are the things that becomes entrenched, hence they grow up with an instilled set of values. “If we incorporate mental health education; how to deal with human psyche; how to understand each other; and how to understand men, women, and children, I think our lives would be very different. If mental health education was incorporated into the education system, it would be beneficial for society – how we feel about society and how we can help society.” 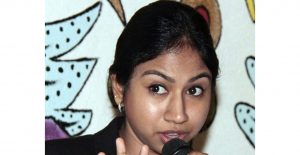 The notion of legal aspects pertaining to harassment and awareness was next directed towards Manisha. By this point of the discussion, she was able to draw everyone’s attention through her analogical representation on the ideal functioning of the law. “When the law of a country doesn’t serve us, it’s like a knife that doesn’t cut. One thing I always think is how we can take our rights and laws, ground its realities, and use it as a tool to protect us. It must ideally protect women against the everyday indignities they face, including during the simple act of just walking on the read.”

The good news is, through laws on sexual harassment in Sri Lanka, women are able to seek justice and redress everyday indignities they face. The law which was an amendment to the Penal Code of Sri Lanka stipulates that sexual harassment can even be committed by words or by conduct. “You don’t have to rape somebody to sexually harass them.” One can be prosecuted or convicted of sexual harassment by words, gestures, or actions, which is followed by a penalty of five years’ imprisonment and/or a fine.

“As you can see, one tool we have is the law. And as women, we have to take a stance,” she asserted.

What you see is a flawed system – one that isn’t going to change overnight. Getting about it is a slow process. The session concluded that evening by questioning the panellists on the way forward and here’s what they had to say. 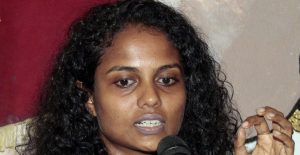 Nadeesha: “Being true to yourself is empowerment. Be honest, be human, and remember your roots.”

Nathali: “Be who you want to be by reaching your dreams and taking your own decisions and taking that power and the right to live your own life. You have to have the power to change your own life. That’s the only way you can empower. You also need to have your peers’ support; we need to have the support of men, women, children, parents, and teachers. Empowerment is a team effort.”

Manisha: “Empowerment is a process of self-discovery and self-exercise. It’s not a destination – it’s a journey and is something we need to tackle on a daily basis.”

Kapila: “For me, it’s starting with small steps and understanding impermanence.”

July 17, 2019 byJennifer No Comments
A destination promotion and tourism based event 'Celebrate Colombo' is set to take place from 3 - 10 August with Swim Week Colombo runway shows taking place from 8 - 10 August.