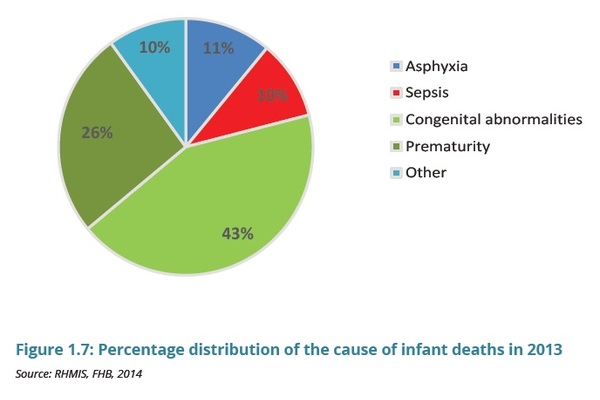 In the road to achieving high healthcare standards and providing universal healthcare coverage to its citizens, Sri Lanka has placed the reduction of perinatal deaths within the foremost of tasks of the health agenda. In order to closely monitor the causes and how the services and knowledge of staff could be improved to prevent perinatal deaths, the Ministry of Health, through its Family Health Bureau, assigned its Maternal and Child Morbidity and Mortality Surveillance Unit (MCMMSU) a surveillance mechanism to follow. 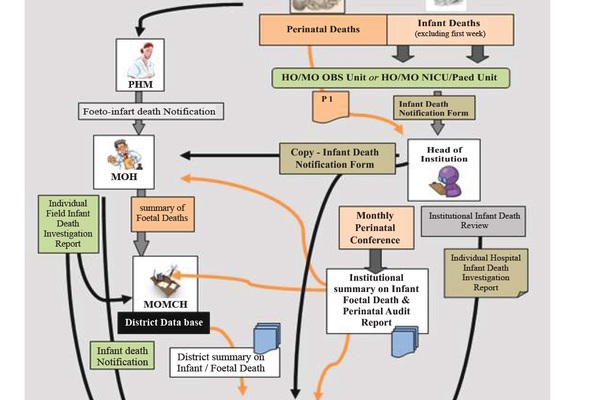 The initiative was backed by the country office of UNICEF, which collaborated in preparing the index report which included an analysis of perinatal death data reported from the entire country for the years 2014-2017.

The mechanism which commenced in 2006 is considered to be the only perinatal death surveillance and response system in South Asia. Over the years, several indicators were added to improve the monitoring mechanisms, and by 2013, the mechanism was introduced to all target hospitals in the country, achieving 100% coverage. By 2014, individual death reporting was introduced, and in 2015, ICD-Perinatal Mortality classification was included in the mechanism. By 2016, a national database was established with the introduction of pathological postmortems.

All hospitals have by now complied with reporting perinatal deaths on the system where the obstetrician or a paediatrician can provide the relevant data of the deaths. Following that, each perinatal death is discussed and actions to prevent similar deaths are formulated at a monthly perinatal mortality conference conducted at all specialised hospitals.

“For each year, the cause of death specified for FDs were listed as congenital malformations, intrauterine hypoxia and complications, unspecified causes, and disorders related to foetal growth. The leading causes for ENNDs were congenital abnormalities, low birth weight and prematurity, and respiratory and cardiovascular disorders,” Dr. Jayaratne informed.

With the increased complexity of the reporting format the surveillance mechanism reflected, a reduction of causes of death were reported under congenital malformations, infections, and low birth weight/prematurity, and a rapid increase in the “unspecified COD” group was observed.

In contrast, congenital anomalies were fewer in FDs, with the commonest being anencephaly and Trisomy 21. The proportion of babies having congenital malformations was slightly higher among younger mothers compared to older ones, but this difference was not statistically significant.

It is shown that 33% of stillbirths and 71% of newborn deaths can be averted annually with increased coverage and quality interventions such as antenatal care and skilled birth attendance, detection and management of pregnancy-induced disorders, and intrauterine growth restriction and management of preterm labour. The World Health Organisation (WHO) recommended community-based, cost-effective newborn care interventions in this regard. Consequently, a renewed commitment to dramatically improve the health and survival of newborn babies and end preventable stillbirths in the next two decades was made – Every Newborn Action Plan (ENAP): 2015-2035. It focuses on a target to reduce neonatal mortality to fewer than 10 deaths per 1,000 live births, and stillbirth rates to fewer than 10 per 1,000 total births by 2035. These targets are expected to result in global averages of seven and eight, respectively. ENAP has further laid out an interim post-2015 goal, calling for a reduction of newborn deaths and stillbirths to a level as low as 12 by 2030 (WHO, 2014).

The National Maternal and Newborn Health Strategic Plan 2017-2025 identifies the objective of a programme that tracks and is accountable for every mother, fetus, and newborn by ensuring the surveillance systems provide timely information to provide timely responses.

To achieve that, the following activities are to be carried out:

Furthermore, this is achieved by enhancing the monitoring and evaluation capacity and usage of data for decision-making and planning at different levels by: developing the capacity of healthcare workers at all levels to monitor and interpret data; establishing expert panels at national and district levels to analyse and review service delivery using available data, conducting/strengthening regular maternal and child health (MCH) reviews, hospital progress reviews, and MOH conferences to monitor service provision using data, disseminating data to all levels for decision-making and planning, and creating intersectoral accountability and linkages to report, share, and use accurate data.

Out with the old, in with the new

January 19, 2020 bythemorninglk No Comments
The grapevine has it that the presidential proclamation calling for the general election will be issued on 2 March – six weeks from now.

March 29, 2020 byTSM Web Desk No Comments
Despite its dark side, Covid-19 has also been somewhat of a blessing in disguise for the majority of us Sri Lankans who, all this time, have steadfastly refused to obey basic public sanitation protoco