Mali, the dream is being shattered 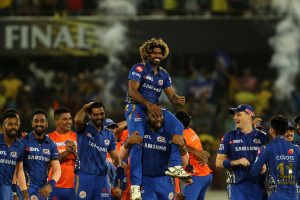 * T20 World Cup in less than eight months in Australia

* Not a single win out of seven games for SL

* Malinga, a sincere memory yet a burden at present

The jam-packed Pallekele told us a story. Despite continuous defeat, the local fans follow the game of cricket very closely.

They continue to love ‘the little Lankans’ (in the affable Tony Greig’s terms) even if they are off colour, disappointing, and, at times, irritating and annoying. The fans are loving their heroes how desperate the situation is. The buzz in Kandy on Friday (6) was thoroughly exciting but we need to wake up for tomorrow’s reality, too.

Despite their fascinating triumph in the ODIs, all eyes were on the Lankans’ T20 prospects as the format’s World Cup is just seven months away. It is in such a context that legendary Lasith Malinga came to lead Sri Lanka for another T20I series at home, in a pleasing, rousing atmosphere.

That for a record?

What we saw on Friday was Sri Lanka suffering their seventh straight T20I loss since their young outfit, under Dasun Shanaka, famously whitewashed (3-0) Pakistan in Lahore last October. Thereafter, they lost to Australia 3-0 and India 2-0, in a three-match away series. In June the Proteas will be here for another three T20Is. Then there will be another three games against India and, finally, two against the Zims which will precede the ICC T20 World Cup starting on 18 October in Australia.

Then you can’t help putting Captain Malinga under the microscope even though how spectacular and awesome ‘the slinger’ could be. This is national sport and passion of a whole nation.

Under ‘Mali’, Sri Lanka has won only one out of 14 T20Is during his second stint as Captain. That is since 2018. Overall, Sri Lanka have lost 15 matches while winning only seven, in the 24 T20Is where Malinga has been the Captain (there is one tie and one no-decision match). This is by far the worst record for a T20I skipper of Sri Lanka, who has led the side in at least ten matches or more.

On what purpose is he playing now, let alone being the Captain of the side? Since taking his astonishing five for six runs against the Kiwis at Pallekele last September, Malinga has taken only three wickets in seven T20I games to date. In the mean time, he has given away 37, 23, 22 (vs. Aus), 41, 40 (vs. India), 37, and 46 (vs. WI) runs to the opposition in his quota of overs in those seven matches. With the bat too, he has scored only 38 runs with the highest score being 13 not out.

The poster boy of our generation and a legend in his own right, the 36-year-old Malinga is now more or less a liability. The Ashanth De Mel-led national selection committee has arrived at a situation where they can no longer consider Mali as a Hobson’s choice – picking Mali or nothing! De Mel was heard saying the other day, if Malinga is to play, he needs to play as the Captain. Now, having failed both as a player and Captain, what will De Mel and co do in their short-sweet preparation for the October global showpiece?

The happy-go-lucky West Indies have now emerged a scintillating T20 side, at least for the time being. Mind you they have won the T20I world title twice out of six and are also the title defenders too, this time.

They left out Sunil Ambris, Darren Bravo, Roston Chase, Jason Holder, Alzarri Joseph, Keemo Paul, and Romario Shepherd from their ODI side that was whitewashed 3-0 by the Lankans the other day and flew in, in their place, Dwayne Bravo, Shimron Hetmyer, Andre Russell, Lendl Simmons, Oshane Thomas, and Kesrick Williams especially for the T20s.

How their top-order –Simmons, Brandon King, Russell, Hetmyer, Pollard, and Fabian Allen– delighted/troubled the Kandy fans with their incredible power hitting glaringly exposed Sri Lanka’s lack of that ability. Those T20 specialists, including Thomas with his accurate bowling, gave hosts a torrid time. Thomas’s 5-38 in three overs in the first game, where the Lankans chased 197 to win, is a case in point.

Malinga spends a lot of his time with the likes of Pollard and India’s Jasprit Bumrah during his annual IPL commitments with his franchise Mumbai Indians (MI). In cricket nowadays, the ‘international’ divisions are fast becoming blurred. It is giving way to all the ‘franchise’ differences in the leagues held round the year round the globe.

In such context, the individual player’s financial gains are coming at the cost of all national-level achievements. For instance, Malinga and Bumrah will be very close colleagues, team-mates (in MI) till end of May and in June, they’ll have to fight each other when India will be touring here for some limited-over cricket. Today’s close ally is your adversary the very next day!

Here, how this human relationships work is puzzling. What is more puzzling is how the ardent nationalistic fans stomach this funny-looking association method. Is anybody fooling somebody, for easy, quick dosh?

Isn’t it the government’s responsibility, therefore, to regulate the ways and means the national players, whom the national system so arduously produces through public contribution, participate in various money-rich inter-club world leagues? If the national system becomes subservient to these individual players, then you can expect the results that we see here today.

Sri Lanka, eighth in the current ICC T20 country rankings, losing to the Windies, who are ranked 10th … And once the trend-setters in ODI cricket, the ‘the little Lankans’ are now stagnating in the table bottom, that too for over half a decade … these are disturbing facts.

January 14, 2020 byRevatha No Comments
Shashikala Siriwardene’s perseverance in international stage defined for the first time a truly feminine role-model in our women’s game

October 6, 2020 byRevatha No Comments
The Interception by Malinda Seneviratne