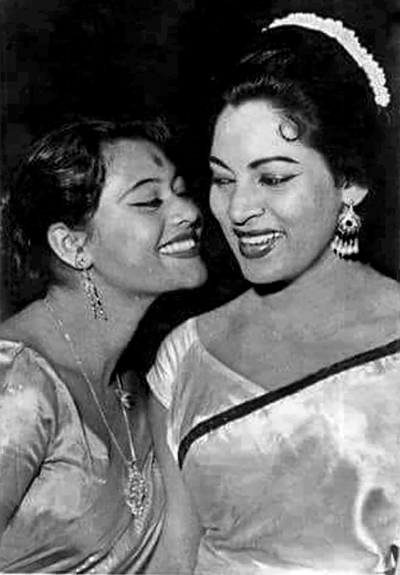 With eyes that shared a story of their own, Sandhya Kumari was one of the central players in the golden age of Sri Lankan cinema in the 1960s. Emotive, expressive, and with a commanding presence, the actress held her own; acting alongside greats of the silver screen such as Gamini Fonseka and under the direction of the likes of Titus Thotawatte. Her career featured more than 50 starring roles including classics of the period such as “Adata Wadiya Heta Hondai”, “Sapatha Soya”, and “Deewarayo”. Kumari though, prematurely passed away in 1994 aged just 49.

Twenty-five years later, her legacy in Sri Lankan cinema is still well and truly alive as seen by the warm reception to renowned film journalist Sunil Leenus’s new publication “Cinamawe Nomiyana Daasa” – a look at Kumari’s contribution to the industry and a testament to her persona.

Sandhya Kumari, an event hosted by Ceylon Cinema, was full of tributes and memories including a touching recollection of her life away from the camera by Kumari’s second husband, Shantha Athapaththu.

Born in Kotahena on 6 January 1945, Dona Mary Yvonne Perera was later christened Sandhya Kumari following her first starring role. Her ability to captivate audiences with her versatile acting and onscreen persona was admirable, as were her striking features that made her one of the initial sex symbols of local cinema culture. As Leenus’s book draws to attention, Kumari’s gaze was a part of her legacy as a servant of the silver screen, expressing nuanced and at times even subtle expressions through her eyes alone.

Film critic Ajith Galappaththi, delivering the main speech for the evening, alluded as to why Kumari’s roles were mainly contained to commercial films when her range allowed her to tackle more mature and dramatic roles. He revealed that she was even preferred by Lester James Peries to play the role of Sarojini in his 1967 film “Ran Salu”. Galappaththi noted that Kumari ended up turning down many of those roles due to her familial commitments and at times due to the disapproval of her then husband, Upali Perera (although she was well known for her femme fatale roles). Even as a sex symbol of the era, Sandhya maintained a self-conscious and neutral public image and thus forewent a foray into more serious work, even missing out on the possibility of subsequent international recognition. Many of the roles Kumari would have been considered for eventually went to Malini Fonseka, Galappaththi stated. 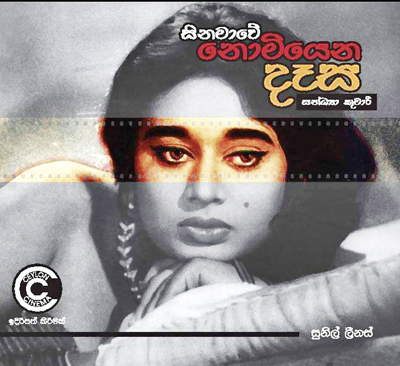 Kumari was also one of the fortunate few who acted alongside actors that represented the two golden eras of Sri Lankan cinema. Firstly, acting alongside contemporaries such as Tony Ranasighe and Ananda Jayaratne, and then in the company of an older breed such as Rukmani Devi and D.R. Nanayakkara. Some even claim Kumari was where the transition was made and it was through her that the golden age of the 60s was ushered through. Yet, through her fame, she balanced her public and personal persona in such a manner that was embodied by her humility – a quality that came to define her person on and off screen. Her embodiment of an actress of a golden age to this day continues to carry on and live through her legacy, as was seen through the many testimonials that were shared on the evening – ranging from Sarath Dikkumbura to Padmasiri Kodikara – held at the Tharanganee Cinema Hall at the National Film Corporation on 23 August to coincide with the 25th year since Kumari’s passing. Sujatha Attanayake, who provided the vocals for Kumari’s musical numbers in her films, director Tissa Liyanasuriya, and film critic Ajith Galappaththi were among those present for the occasion. Cinemawe Nomiyana Daasa was presented by Ceylon Cinema Entertainment.

October 15, 2018 byJennifer No Comments
When it comes to waxing, Sri Lanka’s premier and dedicated waxing salon BeWaxed has made a name for itself as the go-to place in the last five years. Since its inception Founder Durga Kenny and her te

August 18, 2019 bythemorninglk No Comments
Having schooled at a convent, Thashi Jayaweera’s personal traits were questioned not only at her school, but also by the people in her village and her extended family.