Rift between UNP-SLFP having an effect on the economy – Keheliya 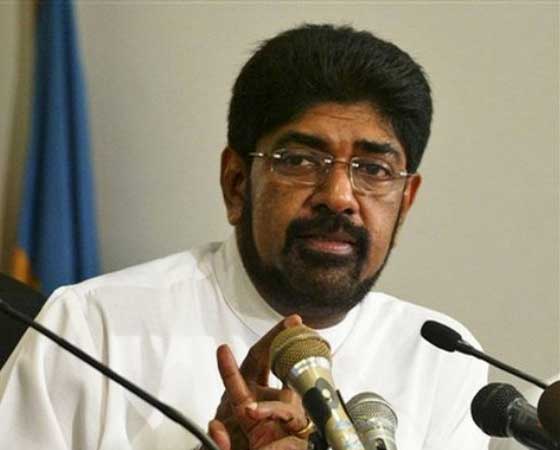 The Joint Opposition (JO) feels the deep rift between the United National Party and the Sri Lanka Freedom Party (SLFP) is having a negative impact on the economy of the country.

Kandy District Parliamentarian Keheliya Rambukwella told The Sunday Morning that President Maithripala Sirisena has failed to live by pledge to take over the economy despite a commitment made to the public a few months ago.

Rambukwella is of the opinion that the economic policies of the UNP is not suitable for Sri Lanka.

As a former cabinet Minister where do you think this government has gone wrong with the economy?

From the very beginning I said that this government will not work. This is a deformed government. Both sides have different policies. Either party needs to give up. Either the UNP must accept the SLFP policy or the SLFP must accept the SLFP policy. Clearly the differences between the UNP and SLFP is having a negative impact on the economy. That has affected the entire country.

Right now I feel it is the UNP policy which is being carried out.

How do you see this affecting the economy?

The Sri Lankan Rupee has depreciated and yet the government is trying to say it is good for Sri Lanka. No country in the world will see the currency depreciation as something positive.

But it has begun to drop beyond their control and I think they have become jittery. But is it too late now. Former Finance Minister Ravi Karunanayake had said when he was the Minister that they will allow the currency to float and keep it at around Rs. 135. So this shows the government had a policy to allow the Rupee to depreciate to some extent but it has now gone out of control.

The government is misleading the public. Minister Malik Samarawickrema had said that Sri Lanka’s exports had increased by 50 percent. It is all false. I got the statistics. There is a marginal increase. That will not help the economy.

We also have the price of fuel going up and this is having an effect on other things as well. So with that and the escalation of the Dollar and failure to reduce the taxes we see huge pressure on the economy and in turn on the public.

President Maithripala Sirisena had said that he will take over the economy as it had failed under the UNP during the first three years. Do you think he has not done so?

Clearly he has not. During the local government elections he said that he gave the UNP three years to run the economy but they failed so he was taking it over. But he has not done so.

He said that the law and order situation was poor and that he was taking it over but he has not. So obviously there is an issue in the government which is complicating things.

Considering that you and several others in the joint opposition are still SLFP members, what can or will you do to put pressure on the President, as the SLFP leader, to make drastic changes in the government?

Nowhere in the world will the IGP be given time if there is an allegation against him. He will be removed immediately. But here the IGP has been given time to step down. I don’t understand that kind of administration.

I am sure the President wanted the IGP to resign. But the Prime Minister wants the IGP to continue.

What is your opinion on the decision taken by the SLFP to remove some SLFP members, who sat in parliament as independent MPS, as party organizers?

I think these posts are anyway superficial. They appoint then they remove. I don’t know what impact this makes or will make overall. The purpose of appointing someone to a post is to make an impact. So if you are appointing and them removing is shows it is just a purposeless exercise.

So what is the future of the SLFP as you see it?

Well it is well known that there is another political party that has emerged. This party is just 10 months old yet it has taken on all the other parties. At the last elections the results were clear. The UNP and the SLFP did not do well.

So what is to be seen now is who will join who. Will those doing well join those not doing well or the other way around. We will wait and see.

November 9, 2018 byEaswaran No Comments
President Maithripala Sirisena sacked Sri Lanka's parliament Friday hours after his party announced he did not have a majority to get his prime minister nominee through the legislature, a minister sai

March 30, 2020 byTSM Web Desk No Comments
The number of confirmed COVID-19 cases have risen to 127, with a family of 5 including a 4 month old infant testing positive today.