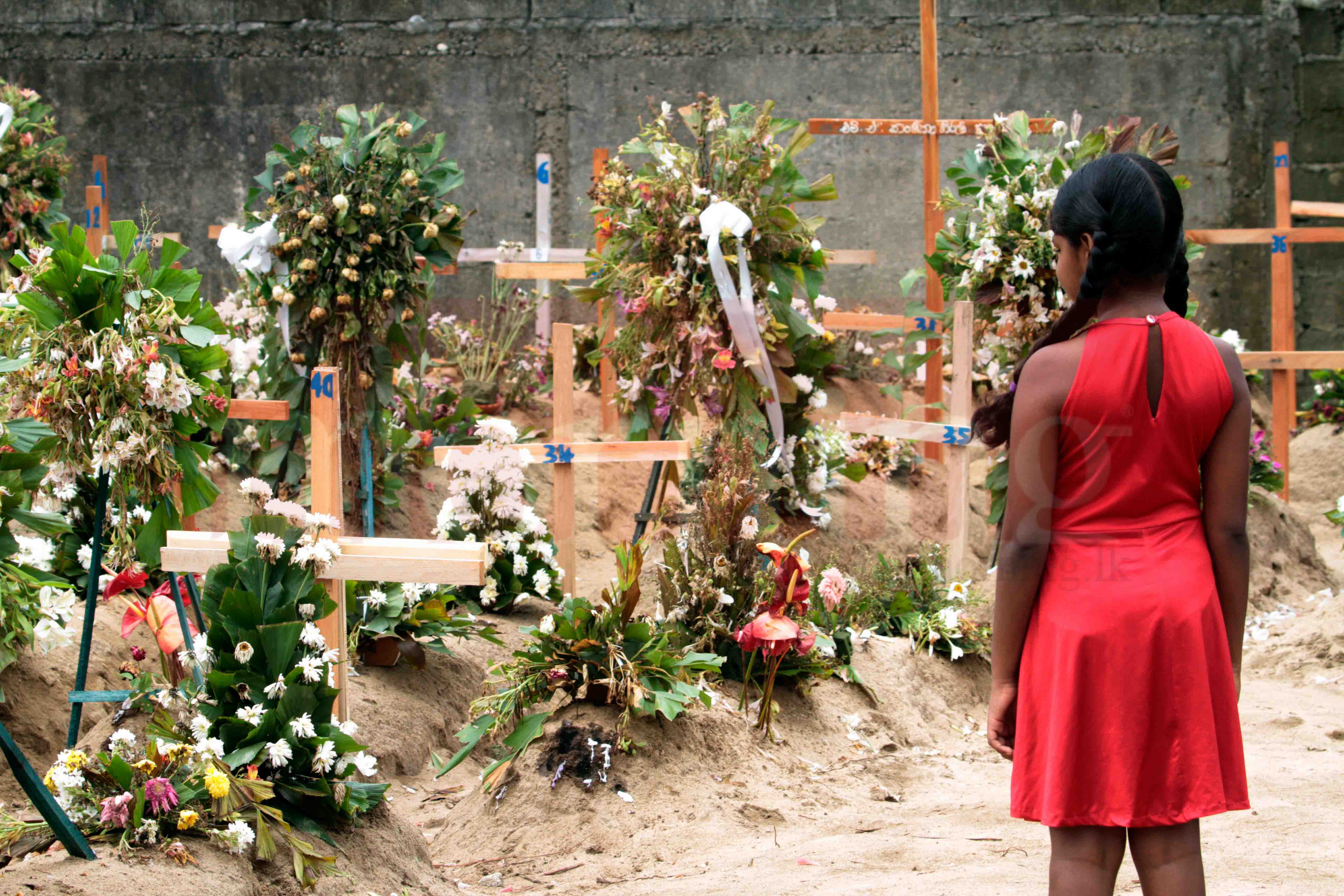 Rising from the ashes

In the immediate aftermath of the Easter Sunday attacks in Sri Lanka last week, the nation was in shock, above all else. Sri Lanka was not expecting such devastation.

Those in the vicinity of the incidents, as they occurred, rose to the occasion in true Sri Lankan fashion, offering their assistance to anyone who needed it, without the blink of an eye.

For those of us not on the ground, our minds reeled after the initial news reports.

Easter Sunday took many of us on a rollercoaster ride as within the next hours we heard of a total of eight explosions, hundreds dead and injured, official documents warning authorities of the attack prior, a social media ban, and the immediate imposition of curfew. And it didn’t stop there.

Developments in the preceding days added to the general public’s fear – they were scared, angry, and disappointed.

However, in spite of all that, we stood and continue to stand together as a nation, with only one thing on everyone’s minds – the need and will to recover.


The Sunday Morning spoke to leaders in the business community to get their views on how they felt Sri Lanka should move forward, down the path to recovery.


Assume responsibility with a sense of seriousness
Ceylon Chamber of Commerce

An assessment of the situation and predictions of how we can move forward as a country will depend to a great degree on an assessment of the security threat situation. We await authoritative details from authentic sources for this. But for sure, national security is the responsibility of the Government and that responsibility needs to be assumed with a sense of seriousness and professionalism.

A strike not only against us, but the whole world
Dilmah Founder Merrill J. Fernando 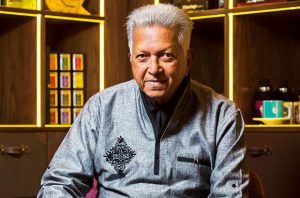 The terror strike that befell our country was against the whole world. This does not happen to isolated nations, but to the whole world. And this is a colossal failure of the Government – gross negligence.
Warnings were freely available and now, government officials announced that it was not serious. The Government should have taken precautions and should have warned religious leaders as well as the public. This is the weakness of the Government appointing friends or relatives (to relevant designations) resulting in lack of competence to carry out the work.

We had to pay the price. Not only us, but also foreigners who came to enjoy the natural beauty of Sri Lanka. I only blame the Government for allowing this to happen.

And these individuals (who displayed violence) are misled to believe various theories. They lose their lives and take hundreds of others’ too.
We have to forget enmity and jealousy. Think of the country, not yourselves. Do not be greedy. Spare some of your wealth to bring hope. Spend on charity. And feel that, when your call comes, you will leave a better world. We must unite as a nation, forgetting religious, racial, etc. differences; if we begin to think now, benefiting from the lessons, we will become a great nation like never before. 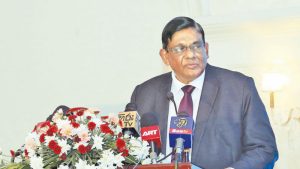 In the immediate aftermath of these attacks, we all need to come together, put our differences aside – especially the politicians – and work to ensure we increase public confidence as they have suffered an atrocity, and are understandably fragile and frightened.

I have observed the immediate responses by the general public and I see that everyone is aware of the fact that the Easter Sunday attacks were a result of extremism, with many refraining from instigating, and even defending, Muslims in general. This, in itself, is a testament that we are moving in the right direction.

As such, with such maturity being displayed by the public, the politicians need to band together and address the nation to re-establish confidence; they need to stop blaming each other and put their differences aside.

A clear message needs to be communicated to the people – that the leaders will do whatever in their power to mitigate the situation, ensure public safety, and bring the culprits to book. The Government needs to come forward and assure the people.

In the meantime, we have taken a step in the right direction in deploying our forces islandwide. This may be inconvenient for some people, but it is a small price to pay in the name of national safety. 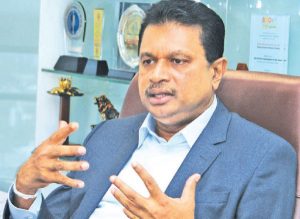 I believe this is the ideal time for us to unite and take the country forward. Firstly, law and order need to be maintained. Secondly, all currently holding office need to resign and competent individuals need to be appointed in their place; those well equipped to handle this situation. I recommend the formation of a national security council consisting of experts in the necessary fields to solely work towards resolving the matter and eliminating all threat.

Those would be the immediate measures. In addition, in order for us to prosper after this as a nation, certain changes need to take place in the long term as well.

Unfortunately, since Sri Lanka attained independence, our country has been on a downward decline in terms of our global position. From the 20th in the world, we are now ranked 67th in the Legatum Prosperity Index.

I see many reasons for this; one is excessive liberalisation, which I believe has played a huge role in the decline and current issues. We gave up many things in light of retaining certain schemes offered to us by the West that we believe were good for the economy, at the expense of more important priorities. For instance, GSP-plus, which does not really positively impact our economy, was reintroduced after we adhered to certain requirements which went hand in hand with easing of certain security measures.

In any country, the biggest part of the country’s budget consists of expenses on defence, as no country can progress if its citizens feel unsafe. The economy will not boom and there will be no investment. As such, we need to ensure the public’s safety as well if we are to recover – both in the short and long run. 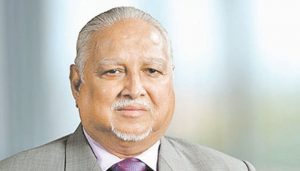 Firstly, politicians need to stop playing the blame game. Next, they need to prevent misinformation from spreading. They need to set up a single source of credible information that the people can depend on because what’s happening now is that the public is panicking, which is understandable as this is the worst attack Sri Lanka has experienced.

In addition, I believe a short-term action plan that focuses on recovering the country from this incident and also directives for our security forces on mitigating the threat, needs to be drawn up and implemented.

Many other countries have also undergone similar situations of devastation, and I believe we need to take a page from their book and see how they have handled the situation in order to determine the best course of action for us, moving forward.

We made it through the war; we must forge ahead
JAT Holdings (Pvt.) Ltd. Managing Director Aelian Gunawardene 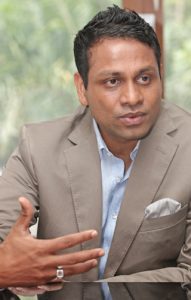 I suppose it is about people starting their normal work, going back to their normal lives, and making an effort to move forward. Because, as I told my staff, our country went through a 30-year civil war and we got through that. So it’s only a matter of forging ahead again – individually and collectively – as companies and as the Government. If we try to fight this war on our own, independently and divided, I don’t see us winning this. That’s how I see it. 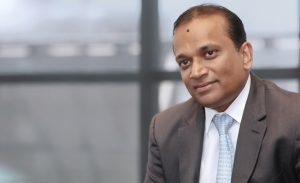 Well, of course we have gone through 30 years of civil war before. So obviously, we are a very resilient nation. So we have to think in a united sense.

July 29, 2019 bythemorninglk No Comments
State Minister of Foreign Affairs Vasantha Senanayake asserted that stricter laws and penalties must be introduced to have better success with tackling the drug menace.

May 27, 2019 bythemorninglk No Comments
Educationist and human rights activist Deshabandu Jezima Ismail stated that while personal laws had not caused discrimination and inequality among communities, such laws needed ref