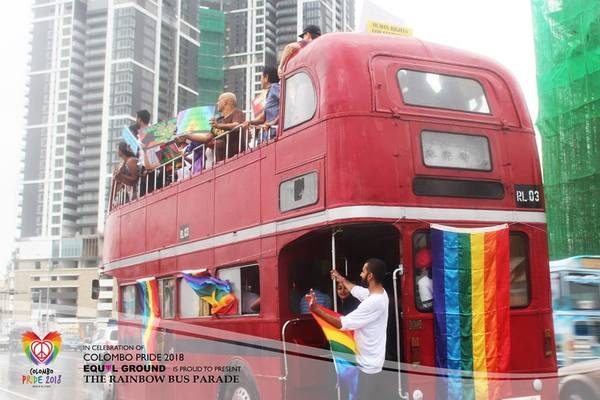 Sri Lanka grapples with abiding to its own Constitution, the Penal Code and the recommendations that are periodically presented at the United Nations Human Rights Council (UNHRC). While we are yet to witness the full effects of a true democracy, it is of utmost importance that the citizens of Sri Lanka are equally aware of the contents of these documents.

Today, the basic rights of a person are often discussed and many countries that are violating the fundamental rights of its citizens are questioned at the UNHRC during every session. As of recent, the rights of the LGBTIQ community are discussed at length and we now see the positive impacts of nations who are willing to repeal archaic penal codes.

Last month, our neighbouring India repealed its Penal Code 377 decriminalising the rights of its LGBT community. With this news, the LGBT community in Sri Lanka questioned the Government’s stand and sought answers for the decade-long recommendations that have been presented through the Universal Periodic Reviews tabled at the UNHRC.

So where do we stand on this social issue? What are the actions that representing agencies have taken? The Sunday Morning finds out.

In an independent survey conducted by Equal Ground Sri Lanka last year to map LGBT persons(1) from the Colombo, Kandy, Nuwara Eliya, and Matara Districts recorded that 19.6% individuals identifying themselves as lesbian, gay, bi or trans. The study further showed that 25% of the LGBT individuals were in forced heterosexual marriages, 46.7% of the community experienced police harassment, 72.2% were refused education, 57.14% were terminated from work, and 70% were denied medical assistance.

Equal Ground Executive Director Rosanna Flamer-Caldera, speaking to The Sunday Morning, stated that her organisation had lobbied for law reforms and had repeatedly requested the decriminalisation of the LGBTIQ community since 2004. “Unfortunately we have to reach the Government of Sri Lanka through the UN. Our recommendations were first presented before the United Nations Human Rights Council (UNHRC) during the first cycle of the Universal Periodic Review in 2008.”

According to Flamer-Caldera, the local law enforcement officials continue to arbitrarily detain persons under the penal code section 365A. “We are treading on a difficult path to bring in reform and possible decriminalisation of our community in the eyes of the law and the society. While the Government states that the LGBTIQ community’s rights are protected by the Constitution of Sri Lanka under Article 12 of the section on fundamental rights, local law enforcement continues to book persons under the Penal Code sections 365 and 365A violating the said fundamental rights.”

While internationally recognised human rights groups as well as our own institutions that are lobbying for decriminalising the LGBTIQ community and requesting to repeal Penal Code sections 365 and 365A; the Supreme Court passed a verdict decriminalising the accused on 30 November, 2016 during an appeal hearing(2).
The Centre for Policy Alternatives (CPA) in a dossier titled ‘Recommendation for Law Reform’ published on May, 2015(3) presented recommendations to the Sri Lanka Law Commission requesting to repeal or at least amend sections 365 and 365A of the Penal Code:
“…Section 365 of the Penal Code be removed or at the least amended to conform to international standards and to ensure that the right to privacy and liberty are respected, specifically to the extent of decriminalising sexual acts between consenting adults in private. An amendment should also address the ambiguity in the present language, which allows for use of the provision in an arbitrary manner …”
CPA further recommended the removal and at the very least, amendment of Section 365A of the Penal Code in line with concerns raised in relation to Section 365.
The Human Rights Watch World Report 2018(4) published that among other pressing human rights matters that are gaining traction, the Government of Sri Lanka rejected recommendations to repeal section 365 and 365A of the Penal Code during a UN review conducted in November, 2017.

The Sunday Morning contacted Nivendra Uduman, a trained counselling psychologist and psychotherapist to understand the stigma that the LGBTIQ community faces and whether the healthcare system was geared to guide these individuals out of this stigma.
“The LGBTIQ community in Sri Lanka faces a great deal of stigma and discrimination due to societal norms and beliefs, prejudice, the law, and religious/cultural beliefs. This stigma translates into daily struggles individuals who are a part of the community would experience, like sexual harassment, bullying, abuse, ostracisation from family and community etc.
“The stigma that exists around divergent sexual orientations also seeps into healthcare, legal bodies, and other essential services that are necessary for daily living in Sri Lanka. The negative attitude and prejudices that we hold about people who are of different sexual orientations also lead to them developing self-directed stigma, which most often is quite psychologically damaging for the individual.”
According to Uduman, these individuals develop a negative perception about them and develop psychological illnesses such as depression, anxiety, and Obsessive Compulsive Disorder (OCD). There is also a risk of suicide that needs to be taken into consideration. Shame, guilt, and feeling like a burden are some of the common emotions that they tend to experience, mainly because of how other people make them feel.
Accessing support to deal with psychological, social, and other difficulties that people in the LGBTIQ community experience can also be quite challenging in Sri Lanka, as the number of LGBTIQ-friendly and affirmative mental health professionals are scarce.

Shedding light as to how these individuals are treated within the healthcare industry, Uduman explained that in many instances – mainly based on anecdotal evidence from people he works with in his counselling practice – healthcare professionals also contribute to further perpetuating stigma, harassment, and discrimination.
It is also questionable as to whether our healthcare services (not limited to mental health services) are equipped with the necessary knowledge and sensitivity to respond to the sometimes unique needs of individuals who identify themselves as LGBTIQ.
Uduman further noted that there are still instances where a transgender person may be asked to display their genitals at a hospital (when it is not medically relevant) just to satisfy the curiosity of nursing staff and attendants.
“There are counsellors and psychotherapists in Sri Lanka who still prescribe daily masturbation and meditation (to rid someone of their ‘gayness’). Homophobia and transphobia is also prevalent amongst the very people who are supposed to help and heal.”

While much needed reform is anticipated from legal bodies and healthcare, Uduman and a few of his colleagues in the healthcare sector are facilitating counselling and providing therapy for victims within the LGBTIQ community.

“The main challenge I face during counselling and psychotherapy with people who have different sexual orientations and gender identities, is helping them cope with the stigma, shame, and sometimes the violence (both emotional and physical) they face within their families and relationships. It is difficult when their environment is harmful for their physical and emotional health. The lack of acceptance from family, ridicule and discrimination at the workplace, and intimate partner violence, are some of the key issues that I have seen.

“‘Coming out’ is sometimes a challenging phenomenon that I see, because of the many layers that it has, and of course the potential ramifications of coming out. ‘Being outed’ is also a situation that we must consider, where one’s sexual orientation or gender identity is revealed to someone else without one’s consent, or when one is not ready to do so. This also causes a great deal of emotional distress.
There is also the risk of sexually transmitted diseases, and other physical health problems that I sometimes have to help individuals deal with, as accessing mainstream healthcare is difficult. There are a few trusted medical professionals in Sri Lanka who work with the LGBTIQ community who are a part of the referral network that I use. This includes psychiatrists, psychologists/counsellors, medical doctors, and surgeons.”

Penal Code 365 – Unnatural Offences: Whoever voluntarily has carnal intercourse against the order of nature with any man, woman, or animal, shall be punished with imprisonment of either description for a term which may extend to ten years, and shall also be punished with fine and where the offence is committed by a person over eighteen years of age in respect of any person under sixteen years of age shall be punished with rigorous imprisonment for a term not less than 10 years and not exceeding 20 years and with fine, and shall also be ordered to pay compensation of an amount determined by court to the person in respect of whom the offence was committed for injuries caused to such person.

Penal Code 365A – Acts of gross indecency between persons: Any person who, in public or private, commits, or is a party to the commission of, or procures or attempts to procure the commission by any person of, any act of gross indecency with another person, shall be guilty of an offence, and shall be punished with imprisonment of either the description for a term which may extend to two years or with fine or with both and where the offence is committed by a person over eighteen years of age in respect of any person under sixteen years of age shall be punished with rigorous imprisonment for a term not less than 10 years and not exceeding 20 years and with fine, and shall also be ordered to pay compensation of an amount determined by court to the person in respect of whom the offence was committed for the injuries caused to such person.

Dying for an education

April 14, 2019 bythemorninglk No Comments
Exactly a fortnight ago, Shanilka Dilshan Wijesinghe became the latest victim of ragging in a university in Sri Lanka. Before Wijesinghe, there have been dozens of others who have taken their life due

DIG Nalaka attempted to set up paramilitary unit in TID

September 30, 2018 byEaswaran No Comments
Beleaguered Deputy Inspector General (DIG) of Police Nalaka de Silva, who is currently facing accusations of being involved in a plot to assassinate President Maithripala Sirisena and several....