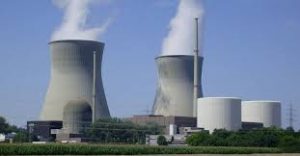 Russia could build a nuclear power plant (NPP) in Sri Lanka someday, considering the growing energy demand in the country, Russian Ambassador to Colombo Yury Materiy has said in an interview with Sputnik.

“The NPP would be the final result of the intergovernmental cooperation on the peaceful atom. Considering the shown interest and Sri Lanka’s progressive economical development, the energy consumption is increasing significantly. In this context, the idea to build an NPP may well be discussed and may be implemented in the long-term perspective”, Materiy said.

Since the Sri Lankan government favours pollution-free energy and aims at gradually replacing coal and oil with gas and alternative energy sources, the use of nuclear energy is possible only in a long-term perspective, while relevant effort is already made, the ambassador said.

He recalled that Russia’s nuclear corporation Rosatom and relevant Sri Lankan bodies held in 2017 their first consultations on the Russia-initiated intergovernmental agreement on cooperating on the peaceful use of the nuclear energy.