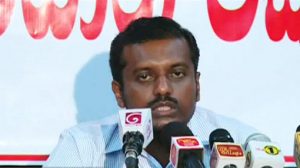 Following the announcement of Dr. Wickramaratne’s resignation in Parliament today, one of the UNP National List MP seats was left vacant.

March 3, 2020 byTSM Web Desk No Comments
A Sri Lankan has tested positive for the coronavirus in Italy, according to the Ministry of Foreign Affairs.

May 23, 2020 byTSM Web Desk No Comments
The Department of Muslim Religious and Cultural Affairs and the Wakfs Board has issued Guidelines for Muslims to follow during Eid-Ul-Fitr.