Sanjiva Weerawarana resigns from ICTA Board 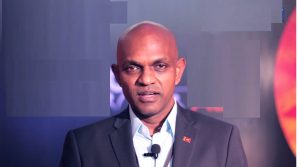 Technology evangelist Dr. Sanjiva Weerawarana has resigned from the Board of the Information and Communication Technology Agency (ICTA), saying that he was not allowed to be ‘hands-on’ as had been agreed prior to his appointment, and was suddenly expected to be a typical board member.

Weerawarana was appointed to the board by President Gotabaya Rajapaksa last December.

Weerawarana is the Founder of WSO2 and current Chairman of the Lanka Software Foundation, of which he is also the Founder. He is currently affiliated with numerous universities, institutes and chambers including the Sri Lanka National Science Foundation, Sri Lanka Institute of Nanotechnology, University Grants Commission, Ceylon Chamber of Commerce and more, through which he influences the digital transformation of Sri Lanka.

Weerawarana in a personal statement listed out reasons for his decision to resign.

“I’m a hands-on technical leader type person. When I joined the board, our consensus was that the board members would actively get involved with various areas and work closely with the appropriate team members from ICTA to get those areas done as well as to recruit the right team to go forward with. ICTA currently has about 75 people in the organization,” Weerawarana said.

“Fellow board member Wasantha Deshapriya (who retired from government last year as Secretary to the Digital Ministry) and I took overall responsibility for digital government. We started off with developing the overall architecture for a digital government (following up on the work I had lead last year in designing the National Data & Identity Interoperability Platform). Our scope was to develop a framework to make the government operate as a single integrated government, while adhering to strict privacy, data protection and security considerations.”

“Unfortunately, somewhere along the way the Chairman & board decided that we board members should be more “board member” type and limit ourselves to review various things etc. and be providing governance and oversight for the organization. Basically, be a regular board.”

“However, I felt ICTA is an organization that needed a significant makeover and lacked a lot of technical depth (largest chunk of its employees are project managers) and so being on a board providing governance & oversight is not the way to get an architecture like this built. And given my nature and style, I would be a terrible board member in such an environment!”

“Differences of opinion amongst professionals is normal. That does not mean one is perfectly right and the other is perfectly wrong. For me personally, I decided that its best for me to leave rather than attempt to do something in a manner that I don’t believe will result in success.”

“The time on the ICTA board gave me a chance to learn a lot more about our government structure and how all the pieces fit together. The overall architecture was developed in January and presented to (and approved by) President Rajapakse in early February. Since January, I participated in about 50 meetings with various government officials & organizations to understand their needs and views and to bring people along to a common view. It was a tremendous learning experience and also showed me that many amazing government officials are hamstrung by old protocols and processes and are eager to support a digitalized government.”

“I also helped review various projects that cabinet directed towards ICTA and sometimes gave radical views on how to do them (or how not to do them). I don’t think those views were always welcome but I can’t watch a Rs. 9B tender for driving licenses or a Rs. 3B tender for issuing train tickets go by without seeing how we can do them in the most modern way (and not just bringing 20 year old foreign tech), how we can do them at a far lower cost and how we can use them as an opportunity to create or build a local business.”

“I wish the ICTA Board and the ICTA team good luck in digitizing the Sri Lanka government. While ICTA does other stuff, this is without a doubt Job #1 for ICTA and it needs to get it done right so that we citizens can reap the benefits of a safe and secure digital government,” Weerawarana said.

November 1, 2020 byCharindra No Comments
Sri Lanka is the world’s fourth largest tea producer with just under 350,000 tonnes of tea produced annually, which amounts to 17% of the world’s tea crops.

October 23, 2018 byCharindra No Comments
Sri Lanka has been named the best country in the world to visit in 2019 by Lonely Planet due to better transport links, new hotels and a growing number of activities.