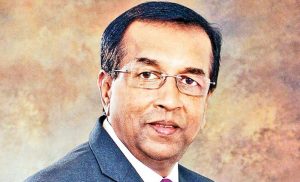 The Information and Communication Technology Agency (ICTA) has categorically denied the alleged irregularities alluded to by Dr. Sanjiva Weerawarana in a blog post following his resignation from the ICTA Board on Saturday, calling them falsehoods for personal gain.

“The falsehoods of this story need to be exposed as they are nothing but a ploy of those seeking personal gain,” said ICTA Chairman Jayantha De Silva, adding that the Agency is considering what actions it should take in this regard.

In an explosive media statement issued a short while ago, De Silva termed Weerawarana’s blog post a ‘deliberate move to mislead the media and public’, saying that ICTA has acted purely as a technical advisor in the said two tenders and has taken no part at all in the tender processes.

“Dr Weerawarana’s actions of deliberately trying to create doubt in the minds of the public on the digital governance plan for the nation, is mala fide, inflammatory and defamatory,” De Silva added.

The blog post hinted that ICTA had opted to carry out projects using outdated technology and incurring an unnecessarily high cost.

“I also helped review various projects that Cabinet directed towards ICTA and sometimes gave radical views on how to do them (or how not to do them). I don’t think those views were always welcome but I can’t watch multi-billion rupee tenders for driving licenses or for issuing train tickets go by without seeing how we can do them in the most modern way (and not just bringing 20-year old foreign tech), how we can do them at a far lower cost, and how we can use them as an opportunity to create or build a local business,” Weerawarana said.

De Silva went on to say that Weerawarana’s resignation was inevitable.

“We believe his leaving was inevitable, due to the positions taken by Dr. Weerawarana on how the Board should act and operate, rather than reaching common ground with others to ensure that ICTA functions in a cohesive manner as one team.”

He added that the Board’s vision is to build a sustainable and inclusive organization which empowers its employees, rather than “allowing one or more Board Members to exercise executive functions”, which would “create confusion” amongst staff and ICTA’s stakeholders, and also “jeopardize the collective accountability” of the Board.

August 11, 2019 bythemorninglk No Comments
In the face of mounting financial troubles exacerbated by the aftermath of the Easter attacks, SME construction companies are on the verge of bankruptcy, unless the GOVT addresses their concerns.

PM thanks tourism sector and security forces for retaining #1 ranking

July 3, 2019 byCharindra No Comments
Prime Minister Ranil Wickremesinghe today thanked the tourism sector and the security forces for Lonely Planet reaffirming their ranking of Sri Lanka as the best place to visit in 2019.