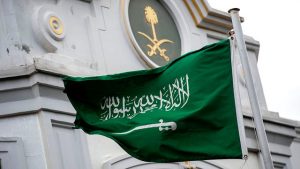 The Saudi Arabian embassy has refuted allegations that the Kingdom of Saudi Arabia is giving loans for Muslims through local banks at an interest rate of one per cent.

In a media release issued by the Embassy of Saudi Arabia in Colombo, it states that “the soft loans provided by Saudi Arabia for the development projects in Sri Lanka are intended to be contributions to provide a quality life for the friendly people of Sri Lanka.”

The embassy has further refuted statements made by the former Western Province Governor Dr. Hemakumara Nanayakkara on June 13.

April 9, 2020 byTSM Web Desk No Comments
The Cabinet has approved a proposal to bring back 33 Sri Lankans who are stranded in 13 international airports.