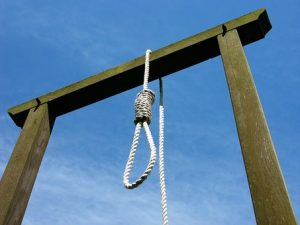 The Supreme Court has extended its interim order preventing the implementation of death penalty until 10 December.

On July 5th, the Supreme Court delivered an interim order preventing the implementation of the death penalty until 30 October.

President Sirisena has justified his decision to restore the death penalty as a measure to protect the country and the future generation from drug traffickers.

The President’s decision has sparked concern internationally from the UK and EU as well as from Canada, France and Norway and locally.

The FR petitions were filed by the Centre for Policy Alternatives, Professor C. Gunaratne, Dr K. Senaratne, Venerable Galkande Dhammananda Thera and the attorneys of several death row inmates at the Welikada Prison. The Writ petition was lodged by journalist Malinda Seneviratne.

April 28, 2020 byTSM Web Desk No Comments
The Tamil National Alliance (TNA) said it was awaiting the Government’s response for the proposal made by the Opposition on reconvening Parliament before looking at seeking a court ruling.

August 15, 2019 byTSM Web Desk No Comments
Former Chairman of SriLankan Airlines Ajith Dias will appear before the Presidential Commission of Inquiry(PCoI) today (15) to make a statement over a complaint lodged on storing paddy at the Mattala.