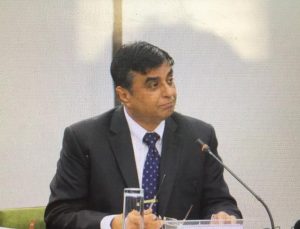 The Supreme Court has postponed the hearing of the Fundamental Rights petition filed by Inspector General of Police, Pujith Jayasundara over the Compulsory Leave which was assigned to him by President Maithripala Sirisena, until June 24.

The FR petition was filed by the IGP, stating that although he was sent on Compulsory Leave, the President has no authority to grant such an order which he claims to have violated his fundamental rights.

The IGP had appeared before the Supreme Court earlier today (07) and had requested that the Supreme Court hear the petition and deliver an interim order to void the decision to send him on compulsory leave until the hearing concludes.

May 16, 2019 byRandev No Comments
It was reported that Speaker Karu Jayasuriya had received a No-Confidence motion against Minister Rishard Bathiudeen today (16).