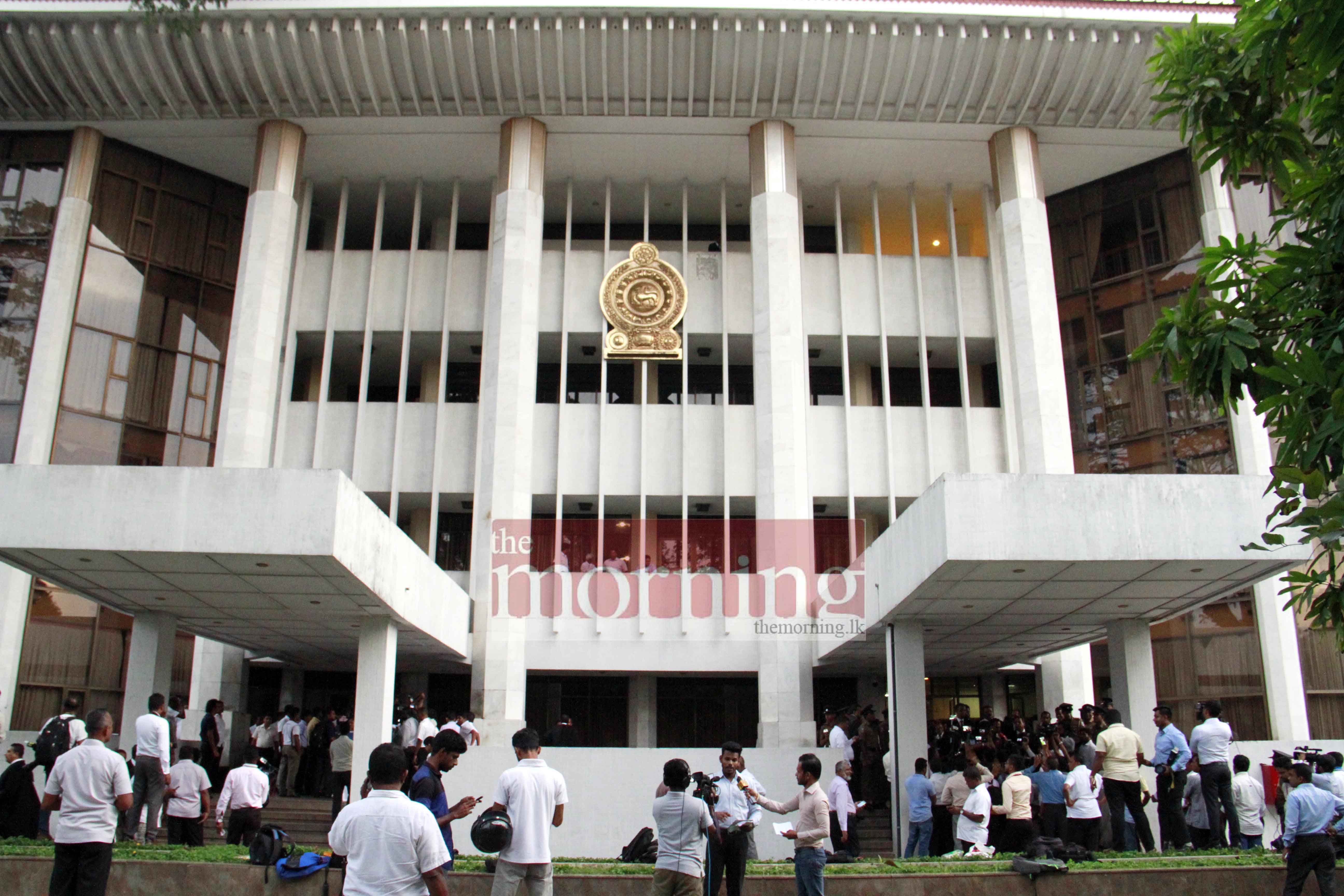 The Supreme Court today refused to stay a stay order issued by the Court of Appeal against the appointment of Mahinda Rajapaksa as Prime Minister and against his cabinet from holding office.

The Supreme Court also decided that the case will be heard further next month.

On 3 December, the Court of Appeal hearing a Quo Warranto petition filed by 122 Members of Parliament issued an interim order against Rajapaksa and his Cabinet.
However, the three-member bench granted special leave proceed to Rajapaksa’s appeal and adjourned the case for January, 18, 2019. The bench comprising Justices Eva Wanasundara,  Buwaneka Aluvihare and Vijith Malalgoda ordered that the CoA proceedings be stayed until the SC case is concluded.
Pictures by Indika Handuwala
Tweet
Share
Pin
Share8
8 Shares

Suspects with links to Zahran arrested in Kandy

June 14, 2019 byRandev No Comments
The Terrorist Investigations Division (TID) has arrested two suspects who are alleged of having links to the National Thowheed Jamath (NTJ) leader, Zahran Hashim.