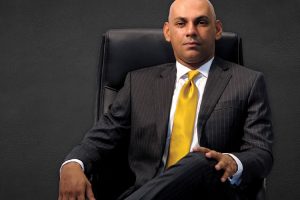 Wijegunawardane has been transferred to the Ministry of Finance while SEC Director – Litigation Chinthaka Mendis is set to assume duties as the new DG, capital market sources told us on condition of anonymity.

On 26 January, The Sunday Morning Business reported on the imminent removal of Wijegunawardane under the headline “SEC Director General Vajira to be replaced?”.

We learnt that Cabinet approval was granted for this move on Tuesday (25) based on a proposal submitted by Prime Minister Mahinda Rajapaksa in his capacity as the Minister of Finance.

When contacted for confirmation, Co-cabinet Spokesman Minister Bandula Gunawardana confirmed to us that Cabinet approval was received for the transfer, but said he was unable to provide further details at this stage.

It is also learnt that the appointment letter of Mendis as the new DG of SEC has already been signed by the Prime Minister. Mendis has been an Attorney-at-Law for over 20 years while being involved in regulatory affairs, enforcement, and litigation at the SEC. He has experience in securities law, international trade law, anti-money laundering, counter-terrorism financing, criminal law, and a number of other public and private international law areas.

However, when contacted for comment, an SEC spokesman said the SEC was completely unaware of such a transfer or removal.

Capital market sources both within and outside the SEC and the Colombo Stock Exchange (CSE) have long expressed concerns that Wijegunawardane was hampering market development while he was also not focused on regulating the market.

Wijegunawardane was appointed the DG in April 2015 and was an investment analyst and fund manager for 10 years before joining the SEC.

After assuming duties as the Chairman of SEC on 22 January, Attorney General’s (AG) Department Additional Solicitor General Viraj Dayaratne PC had expressed his view that overregulation had affected the performance of the CSE.

June 13, 2019 bythemorninglk No Comments
The Civil Aviation Authority (CAA) has submitted a request to the Ministry of Finance for a reduction of airport costs to ensure international airlines continue to fly to Sri Lanka.