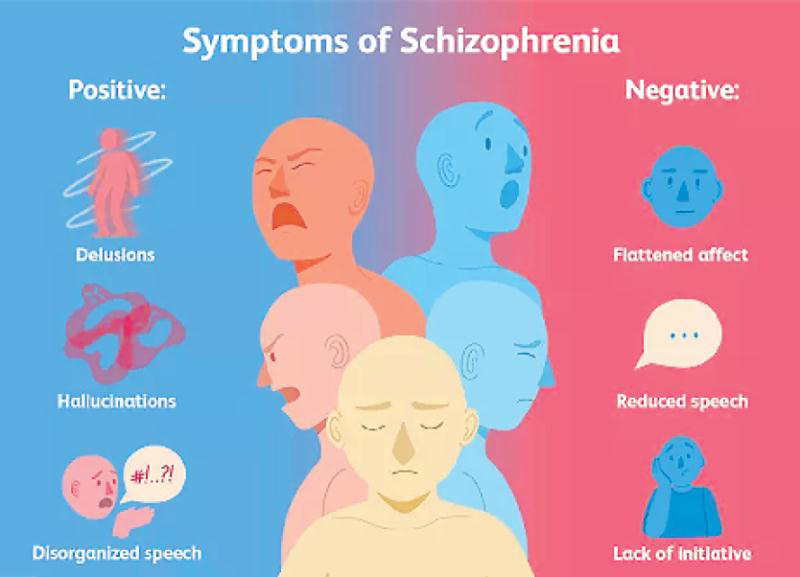 January 2, 2020 by Bernadine Rodrigo No Comments

One of the biggest causes of death in the country, mental illness is not uncommon in Sri Lanka. Mental illness, however, is an area too vague as it could mean a range of issues from depression to bipolar disorder.

In Sri Lanka, while depression is a major concern, one of the most prevalent psychological disorders is the one which people commonly refer to as “crazy”. You may have seen people talking to themselves, singing or laughing at inappropriate times, making sudden and unexpected movements, and simply behaving very strangely and abnormally. While discrimination towards such people has greatly lessened during recent years with awareness being raised and knowledge of mental illness being more widespread, there is still a certain level of stigma and disapproval from some parts of our society.

What we must compassionately understand nevertheless is that most of the time, such people suffer from an absolutely confusing disorder known as “schizophrenia”. According to consultant psychiatrist and General Sir John Kotelawala Defence University senior lecturer Dr. Neil Fernando, about 1% of the world’s population is at risk of schizophrenia.

The reason as to why it can be very confusing is because it diminishes a person’s ability to distinguish between reality and imagination; the disorder prevents a person from knowing what actually happens and what is simply a creation inside one’s mind. Schizophrenia is in fact a spectrum of psychological disorders that are abnormalities involving distortions of thought, emotion, and perception.

Symptoms of schizophrenia come in two types: Positive symptoms and negative symptoms. The positive symptoms are never to be understood as they are beneficial and good for the patient. The term “positive” here refers to the symptoms that add to the experience of the patient – ones that are somewhat incomprehensible to the average, healthy person. They include hallucinations, delusions, abnormal motor behaviours, and disorganised speech. The negative symptoms are those that deduct from the daily experience of the patient, such as the reduction of energy, reduction of the ability of speech, and social withdrawal. Anyhow, both types of symptoms must be present for a clinician to diagnose and treat schizophrenia.

The dopamine hypothesis states that the symptoms of schizophrenia, especially the positive symptoms, are caused by the overstimulation of dopamine receptors in the neurons. Overstimulation, of course, results in excess dopamine being released and more of its activity being done. The problem with having excess dopamine, however, is that it can cause one to witness hallucinations and have elisions which are quite similar to the effect of some recreational drugs that make use of the dopamine neurotransmitter.

The cause of schizophrenia also has been linked to genetics and heredity and is believed to be passed down from generation to generation. This makes the termination of the illness an impossibly great challenge as getting rid of genes is not something which can normally be done, especially because most of these genes are vital for daily functioning and have simply been mutated to be faulty.

Dr. Fernando said that schizophrenia is a disorder which develops or comes to the picture at the adolescent ages, mostly between the ages of 14-30. Further, he noted that it occurs earlier in males than females at a younger age and greatly affects their personalities. Therefore, males have a greater disadvantage while females have a better prognosis as their personalities have been given time to form and the changes can be better identified while most males lack this. Thus, treatment can comparatively become a greater challenge to males than females.

There are a great number of treatments available for schizophrenia in Sri Lanka and around the world. The most common treatment is drug therapy, which uses certain tailored drugs to treat the dysfunction of specific neurotransmitters. These drugs are known as antipsychotics and are mostly involved in reducing the positive symptoms of the patient. One of the oldest drugs used in treating schizophrenia is chlorpromazine. Drugs such as this have been found to result in unpleasant side effects and sometimes even to cause problems such as irregular motor movements due to the large decrease in relevant neurotransmitters. Recently, however, newer drugs with lesser side effects such as clozapine, which are known as atypical drugs, have been developed. Nevertheless, in Sri Lanka, many of the old drugs are still in use.

Additionally, family therapy and cognitive behavioural therapy can also be done under the guidance of a licensed mental health professional such as a psychologist, as opposed to a physiatrist who would administer drugs. These two types of therapies involve the patient being well aware of his/her symptoms and personally making an effort to be cured. This method, of course, results in fewer side effects, but it can at the same time amount to barely any cure as a disorder such as schizophrenia is highly biological.

Sri Lanka also uses the rather electrifying treatment known as electroconvulsive therapy (ECT) which makes use of electric shocks passed through the brain to cure a patient. This indeed seems like a rather archaic method of cure, but it is supposed that sometimes there is simply nothing else to be done.

Schizophrenia worldwide is still a very difficult disorder to deal with, especially due to its component of causing a person to not know what is not real. The best way to deal with it in our present situation is to be compassionate and understanding towards individuals suffering from the disorder and treating them with kindness and respect.

The importance of developing domestic tourism

September 29, 2020 bythemorningeditor1 liberty No Comments
Covid-19 has forced many industries to look within themselves and their domestic markets for sustainance in this time of closed borders and economic uncertainty.