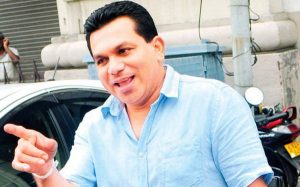 Senadhipathi who was arrested and remanded over the Avant Garde floating armory case was produced before court today.

Meanwhile, the court has released five accused in the Avant Garde case.

Senadhipathi is one of suspects in the case filed by the Attorney General against the operation of an illegal floating armoury. 7573 charges have been filed against the suspects.

November 29, 2020 byNethmi Liyanapathirana No Comments
The Government is yet to take a decision on holding the long-delayed provincial council (PC) election, despite the earlier predictions made by several other government members.

December 23, 2019 byTSM Web Desk No Comments
A Satyagraha campaign was launched in front of the Viharamahadevi Budda statue today against the arrest of former Minister Patali Champika.