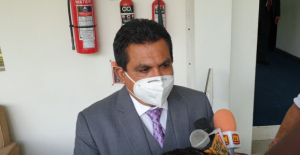 Senadhipathi was summoned by the PCoI today following a complaint he had lodged with the PCoI  against several MPs of the former government.

Senadhipathi claims the MPs wanted to bring disrepute to now President Gotabaya Rajapaksa and prevent him from contesting the Presidential elections.

He also notes the former Ministers had an ulterior motive to acquire his business.

In his complaint he had also stated that 4,900 jobs were lost as a result of the closure of his company Avant-Garde.

“The country has also lost $ 1 billion revenue from an agreement which was signed with the Nigerian government. The agreement would have generate 25,000 jobs,” Senadhipathi told reporters today.

March 8, 2019 byRandev No Comments
The carbon dating report on the Mannar mass grave has revealed that the bone samples taken from the site were from the years between 1400-1650 AD.