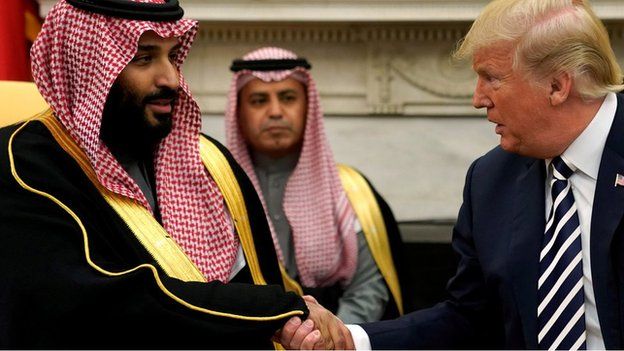 Senators vote to end US backing for Saudi war on Yemen

The US Senate has voted to withdraw US military aid for Saudi Arabia’s war on Yemen and to blame the kingdom’s crown prince for the murder of a journalist.

The historic vote is the first time any chamber of US Congress has agreed to pull US forces from a military conflict under the 1973 War Powers Act.

Some of President Donald Trump’s fellow Republicans defied him to pass the measure with Democrats by 56-41.

But the resolution is seen as largely symbolic and unlikely to become law. (BBC)

September 20, 2018 byMalik No Comments
Pakistan's former Prime Minister Nawaz Sharif has been released from prison, two months after he began a 10-year jail sentence for corruption.

‘Life-threatening’ storm starts to lash US

September 14, 2018 byMalik No Comments
The outer bands of Hurricane Florence are lashing parts of the US East Coast.