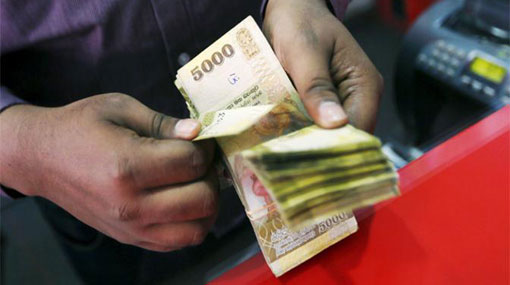 The Human Rights Commission of Sri Lanka (HRCSL) received a number of complaints regarding the proposed salary deductions in the state sector without approval from employees.

HRCSL Chairperson Dr. Deepika Udugama told The Sunday Morning that several complaints pertaining to pay cuts in the government service have been lodged with the Commission.

“We have received a complaint from a public sector trade union regarding alleged salary deductions from their members without obtaining consent. In addition, we are receiving information about other public authorities, especially provincial authorities (mainly educational authorities), requesting staff coming under their purview to contribute a day’s salary to the Covid-19 Fund.”

Dr. Udugama went on to say that if the claims were confirmed or if any state sector employees had been unduly forced to give up their salaries, the matter would fall under the jurisdiction of the Commission.
If salary deductions in the public sector are made without the consent of its employees, or if there is direct or indirect coercion exerted on employees to consent to salary deductions (e.g. through superiors maintaining lists of those who did and did not consent), then those are matters that come within the purview of the HRCSL.

Several trade unions last week lodged complaints with the HRCSL against the cutting of salaries of some state sector employees without consent.

Over 19,400 curfew violators arrested so far

April 9, 2020 byTSM Web Desk No Comments
The Police have arrested 19,441 curfew violators and seized 5,082 vehicles since curfew restrictions were imposed on March 20, according to DIG Ajith Rohana.