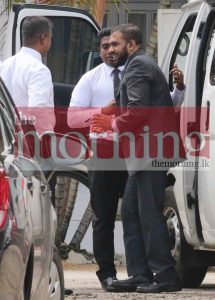 After much deliberation, Dr Mohamed Shafi was granted bail by the Kurunegala Magistrates Court a short while ago.

Dr Mohamed Shafi who was in remand was produced before the Kurunegala Magistrates Court today (25) for the hearing of his case.

October 5, 2020 byCharindra No Comments
Sixty-nine contacts of the Divulapitiya COVID-19 patient have been tested positive for COVID-19 infection.

In and around Colombo : UDA identifies 48 mega development projects