A sharp rise was recorded in Non-Performing Loans (NPL), a sum of borrowed money upon which the debtor has not made scheduled payments for a specified period, with 95% of these NPLs resulting from the current state of the economy, The Sunday Morning learnt. 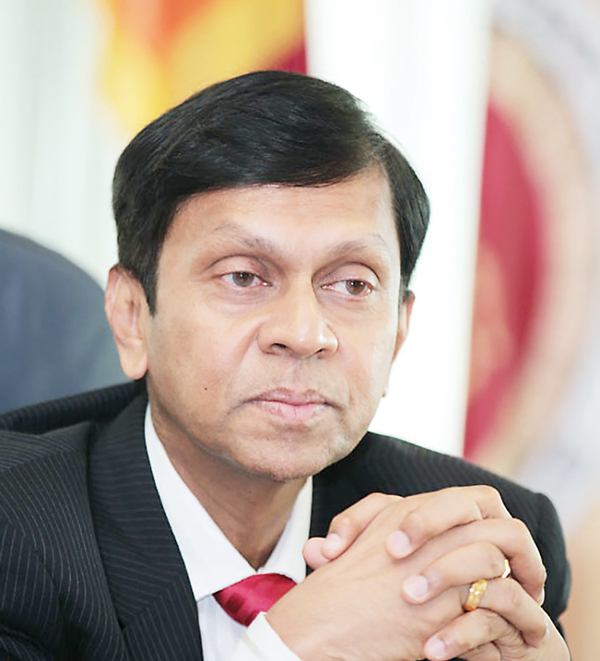 Central Bank of Sri Lanka (CBSL) Monetary Policy Consultative Committee Chairman Prof. Sirimal Abeyratne revealed that the increase in the NPL ratio of a country is not a healthy sign for its financial sector.

Ceylon Bank Employees Union (CBEU) President Channa Dissanayake claimed that the number of NPLs of all banks in the country had now reached a very critical situation where the banks itself are unable to control its NPLs.

More than 95% of these NPLs are due to the current economic situation of the country where people couldn’t repay their loans due to the decrease in their income. Only about 5% of the total NPLs are intentional, Dissanayake noted.

“The Easter Sunday terror attack was also one of the reasons for the increasing number of NPLs, but that is not the only cause,” he stressed.

Most of these banks are rescheduling the loans and proposing repayment plans.

Explaining the impact of NPLs to the economy, Prof. Abeyratne said the rise of NPLs was mainly because of an economic downturn and because people were unable to find sufficient income to pay off their borrowings, if not related to other regulatory issues and frauds.

He told The Sunday Morning that the increase of NPLs would definitely draw the financial sector into an uncertain and risky situation.

“Financial institutions should get their loans back and if they don’t, then the financial sector is at risk. At present, due to the non-performing economic situation, people don’t find enough income to pay off their loans,” Prof. Abeyratne noted. 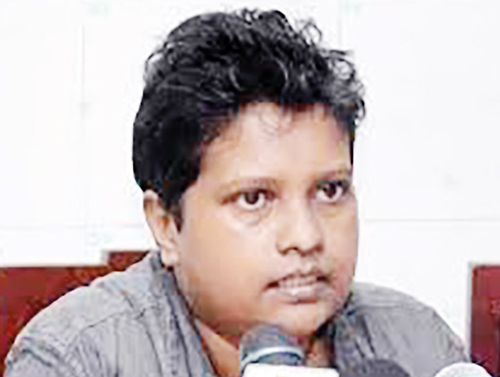 Proposing measures to be taken to control the situation, he said: “As a short-term measure, the CBSL can monitor the situation and take appropriate policy measures. But what is more important is long-term correction, which is not easy.”

According to Fitch ratings, the bad loans at Sri Lanka’s banks rose 64% in the first quarter of 2019, the worst since 2013 when gold-backed loans went bad, leaving lenders with thinner capital buffers. Accordingly, the non-performing loans rose to 3.4% by end-2018 from 2.5% by 2017 while sector net profit fell 9% with impairment charges doubling.

However, as it was revealed recently to the Committee on Public Enterprises (COPE), the majority of the construction companies were struggling to pay back their loans.

Accordingly, People’s Bank’s NPLs have risen to Rs. 6,294 million during the first seven months of this year. When compared to the situation of NPLs in 2016, it represents more than a 100% increase. During the last 31 months, a total of Rs. 20,428 million had been added to NPLs and the total due amount from the major 10 customers was Rs. 37,727 million, according to COPE Chairman JVP MP Sunil Handunnetti.

These NPLs were rescheduled and the management already took measures to recover all NPLs, he noted.

Meanwhile, issuing a statement last week, the Monetary Board of the CBSL noted that it has decided to order licensed banks to reduce interest rates applicable on all rupee-denominated loans and advances by at least 200 basis points by 15 October 2019, in comparison to the interest rates applicable as at 30 April 2019, subject to certain exclusions.

The CBSL further said it will continue to closely monitor the movements in market lending rates to ensure a more effective transmission of the monetary policy through the financial system.

Responding to the recent decision taken by the CBSL to cut interest rates from next month, former CBSL Governor Ajith Nivard Cabraal stated: “When you suddenly say you are going to reduce the rate, the usual consequence is that banks will stop lending. You have to get your macro fundamentals into shape and place, and only then will these things automatically work. It’s with a series of policy measures that bring confidence and investment that you can reduce interest rates over a period of time. Just waving a magic wand will not work.

“There are many functions that are at risk in terms of the cost of capital – the way the bank’s capital structure works out, the way the rest of the interest rates work out, the policy rates, treasury bill rates, etc. All these matters are considerations of banks when they take decisions on the rate at which they need to lend money to you. If the Government suddenly comes and imposes this kind of price control, you will see the repercussions in another two to three months.”

A senior officer of the CBSL told The Sunday Morning that the decision to cut the interest rate was taken by the CBSL Monetary Board.

Meanwhile, over 2.4 million people have become victims of microfinance debt in Sri Lanka.

With the failure by state banks to address the microfinance issue in the country, victims are now desperately looking for a way out.
Speaking to The Sunday Morning, Progressive Peasants Congress (PPC) President M.K. Jayatissa said: “A few months ago, the Government promised the victims that they would write-off the loans as they did last year, but as of now, no solution whatsoever was provided by the Government.

“When queried, the officials of the Ministry of Finance say they have already decided to write-off the loans and there’s nothing more to talk about. But the reality is that none of them care about these poor victims,” Jayatissa said.

According to statistics gathered by village-level voluntary associations around the country, at present, there are over 2.4 million Sri Lankans suffering from microfinance debt where the majority is women. Last year, the Government absorbed non-consumption loans up to Rs. 100,000 given to women by all registered finance companies in 12 districts that were affected by the drought including Trincomalee, Ampara, Batticaloa, Jaffna, Mullaitivu, Kilinochchi, Vavuniya, Mannar, Kurunegala, Puttalam, Anuradhapura, and Polonnaruwa.

Attorney-at-Law Radika Gunaratne, appearing on behalf of the victims pro bono, told The Sunday Morning that only around 45,000 out of the total 2.4 million victims benefited from the programme last year.

However, in February this year too, the Finance Ministry announced that another set of microfinance loans would be absorbed by the Government which has not yet been implemented as of now.

Criticising the Government’s loan write-off programme, the activists representing the victims demanded a proper mechanism to regulate microfinance companies as opposed to having to pay off the due loan amounts to a few registered companies, some of which were owned by politicians.

Gunaratne claimed: “The government ministers are not paying the due amounts out of their pockets but rather from the public funds which could be spent for other welfare facilities. Therefore, the loan write-off programme is not a sustainable mechanism.”

Elaborating further, she said: “A majority of these victims are multiple borrowers and therefore, paying off one loan would not solve their issue. On the other hand, it will only help the private finance companies.”

According to her, there are around 15,000 companies lending money to poor women in the form of microfinance at higher interest rates, and out of those, only around 100 companies have been registered.

“This issue is not only limited to remote areas but is in urban areas too,” she added.

Therefore, the victims said they would launch a series of protests demanding a permanent solution within the next two weeks, basically aimed at grabbing the attention of mushrooming presidential candidates, the activists claimed.

“Whoever wins, he/she has a responsibility to look after their people, because the poor families have obtained loans for their basic needs and that’s a clear indication of the State’s failures,” Gunaratne noted.

April 8, 2019 bythemorninglk No Comments
The initial controversy that surrounded the arrest and release of Sri Lanka Test Cricket Captain Dimuth Karunaratne has now been laid to rest by the Police.

March 1, 2020 bySarah Hannan No Comments
2018 survey results recorded highest abundance of microplastics particles in samples collected from the northwest coastal waters covering the stretch from Chilaw to the Gulf of Mannar