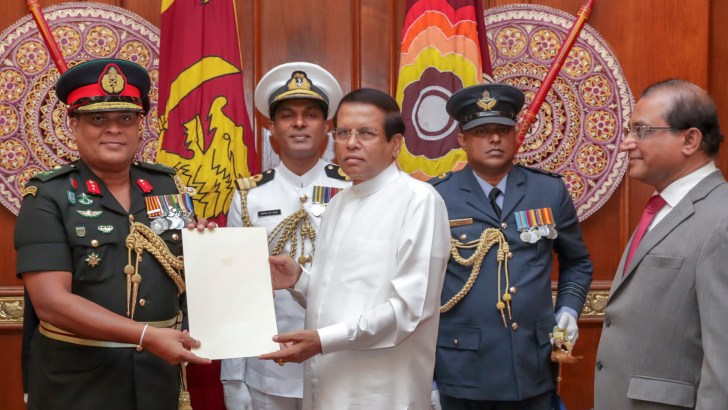 The International Truth and Justice Project (ITPJ) said that Silva’s appointment throws into question US assistance to the Sri Lankan Army which is subject to Leahy Laws which prohibit the US from providing military assistance to foreign security force units that violate human rights with impunity.

Peacekeeping deployment was put on hold for most of 2018 while more stringent vetting arrangements were put in place to ensure soldiers who had fought in units (such as Silva’s 58 Division) in areas where alleged war crimes took place in 2008-9 were screened out.

“This is a man who has shown his willingness to violate international law,”said ITJP Executive Director Yasmin Sooka, “his promotion will spark fear throughout the country but especially among the hundreds of thousands of Tamils who suffered immense loss in 2009 when Silva allegedly oversaw attacks on civilian sites”.

She also said that Shavendra Silva has never been held accountable for his alleged role in crushing the Janatha Vimukthi Peramuna (JVP) or People’s Liberation Front uprising in the late eighties during which there were credible allegations of summary executions, enforced disappearances, torture and sexual violence, and the detention of thousands of Sinhala youth.

November 11, 2019 byTSM Web Desk No Comments
Two persons who were apprehended for distributing defamatory leaflets around the Kotte area against SLPP presidential candidate Gotabaya Rajapaksa have been remanded until 14 November.