October 22, 2018 by themorninglk No Comments 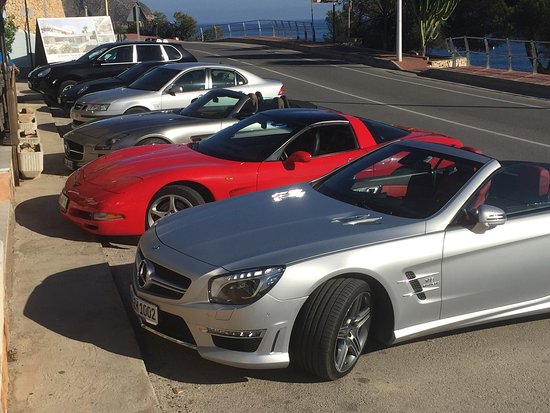 The ongoing tender process is alleged to be riddled with corruption, due to two bids by two local companies with the same Chairman and two foreign principals with the same director boards being shortlisted as contractors for the much-delayed e-number plate deal running into billions of rupees, sources said on grounds of anonymity.

The Sunday Morning learns that with further delays on the part of the Government to award the tender, the Department of Motor Traffic has no option but to extend the contract awarded to the current party – Access International (Pvt.) Ltd. – for which Sri Lankan taxpayers have been paying an additional Rs. 300 million per annum since 2015. The current contract to manufacture number plates was awarded to the German company Utsch AG with its Sri Lankan partner being Access International in 2010.

Commissioner General of the Department of Motor Traffic (DMT) Jagath Chandrasiri informed The Sunday Morning that the contract was awarded by the Cabinet of Ministers on 1 May, 2010 for a period of five years. However, from 2015, the contract was extended for a further three years consecutively, by the Government with the existing contract ending on 31 October.

Back in 2016, tenders were called once again and a bidder was selected but the approval board rejected the selection, Chandrasiri said. As a result Utsch retained the contract by default. Furthermore, since 2010, Germany’s Utsch and Access have been the sole contractors to manufacture number plates for the Department of Motor Traffic. According to Chandrasiri, on average 100,000 number plates are procured every month.

The plot thickens further as The Sunday Morning inquiries revealed that despite the present Government desiring to get a more competitive price and in fact commenced a bidding round in 2016, the Department of Motor Traffic has been paying in excess to procure number plates since 2016.

When tenders were called for the contract in 2010, it was awarded to Utsch and Access for their bid of manufacturing number plates for a single car (two plates – front and rear) at a cost of Rs. 1,100 each.

However, when tenders were called once again in 2016 Utsch had bid with a much lower price of Rs. 850 for number plates per vehicle due to the highly competitive nature of bidders. But due to reasons best known to parties with vested interests, Utsch retained the contract by default as a result of the selected company being rejected that year, and continued to be paid Rs. 1,100 per vehicle since 2016, a surplus of Rs. 250 per vehicle.

Sources also say that these nexuses clearly breach terms of conditions of the tender documents and government procurement, with “Fraud and Corruption” conditions clearly defining “Collusive Practice” as “a scheme or arrangement between two or more bidders, with or without the knowledge of the purchaser to establish bid prices at artificial, non-competitive level”.

According to documents in The Sunday Morning’s possession, the two bidders that have been so far shortlisted following the tender process are UTSCH – with Access as the local agent – and Tonnjes – with Avonsmart as the local agent.

However, further investigations have uncovered that Access International Chairman Sumal Perera is also the Chairman of Arinma which is the majority shareholder of Avonsmart – the second company shortlisted in the tender process. In addition, several other close relations and associates are directors of both companies, The Sunday Morning learns.

Nexus between Utsch and Tönnjes

He further pointed out that since “Utsch Tönnjes International AG does not have any home-grown technology of its own, … Erich Utsch AG is the producing company behind the Utsch brand:
As such, not only Avonsmart and Access but also Tonnjes C.A.R.D. International GmbH and Utsch M. O. V. E. R. S. International GmbH are related companies, as the companies do not have an arm’s length relationship (e.g. a relationship involving independent, competing interests), due to both companies being part of the same business group or could stem from family or personal ties between officials of two companies.

When The Sunday Morning contacted the Secretary to the Ministry of Transport, G. S. Withanage, we were informed that he had no information on the tender process.

“I cannot comment on the tender process until the Cabinet has taken a final decision. I have no information on this matter,” Withanage.
Minister of Transport Nimal Siripala De Silva was on a stint overseas and was not contactable. Deputy Minister of Transport and Civil Aviation Ashoka Abeysinghe, speaking to The Sunday Morning, said that in the event two companies with the same chairman and director board made a bid for the same tender, such a tender process was likely to be considered flawed by the Government.

“However, I am uncertain with regards to what action the Government can take in such a situation. The Cabinet Minister in charge of the subject would know,” the Deputy Minister added.

Meanwhile, Access Chairman Sumal Perera speaking to The Sunday Morning said there was nothing wrong with the tender process and that the two local agent companies concerned had no connection with each other.

However, sources said the present status of the tender process is that the shortlisted companies must be forwarded to the Technical Evaluation Committee (TEC) which would give its approval and pass it on to the Cabinet-appointed Procurement Committee upon whose recommendation the Cabinet of Ministers would take a final decision.

However, if this process is delayed and surpasses the end of term of the current contract on 31 Ocober, the present contractors – Utsch and Access – will once again retain the contract to manufacture number plates at the price of Rs. 1,100 by default.

Utsch Tönnjes International operates in over 100 countries with more than 20 locations and local production sites, represented in five continents. The goal of UTI, which has grown organically and through acquisitions into the world’s largest manufacturer of license plates, is to revolutionise vehicle registrations on a global scale, according to UTI’s website.

“…The reason for the successful expansion is the know-how: the management draws on many decades of global market knowledge. Within the group, the company has all the relevant technologies for the production of license plates in aluminum, semi-shear and plastic, as well as embossing and digital printing. In addition to security license plate production and distribution, the focus is increasingly on electronic vehicle identification (EVI) through intelligent RFID solutions. To this end, Utsch relies on innovations from NXP, Kathrein and Tönnjes. In more than 100 countries, government agencies rely on the consulting expertise and on-site service provided by Utsch, as the vehicle identification specialist finds tailor-made, technical solutions for its customers in compliance with national standards. These can range from license plate production and the development of machinery, tools and materials to the fulfillment of sovereign tasks in vehicle registration. A glance at the figures underscores the success of Utsch Tönnjes International: in 2016, the consolidated annual revenue was € 126 million.”

Since 2011, UTI has been offering complete systems for the registration and identification of vehicles worldwide. The group is represented at more than 20 locations on five continents and creates tailor-made solutions for its customers. This includes the production of security license plates, machines, tools and materials required for this, but also sovereign tasks in cooperation with local authorities. Increasingly, the focus is on electronic vehicle identification (EVI) with the aid of RFID technology, for which UTI relies on high-tech innovations from NXP, Kathrein and Tönnjes.

May 13, 2019 bythemorninglk No Comments
Investigators are expecting a key breakthrough in several cases related to underworld activities as well as drug circulation in the country as they continue to question Sri Lanka’s most-wanted drug lo