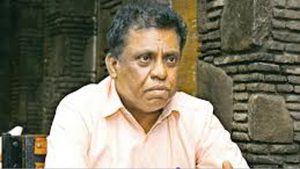 The case was postponed until September 25, he said.

Shivajilingam, who was arrested by the Kopay Police on Tuesday (15), was produced before Jaffna Magistrate’s Court today (16).

He was placed under arrest on Tuesday morning while participating in a commemoration ceremony to mark the 33rd death anniversary of former LTTE member Thileepan, who died during a hunger strike in 1987.

The police had obtained a restraining order from the Jaffna Court to prevent the commemoration. However, the former parliamentarian had attended the event disregarding the court order.

Police media reported that another person was also taken into custody along with Shivajilingam.

August 20, 2020 byCharindra No Comments
Despite the Covid-19 threat still imminent worldwide, all Sri Lankan missions overseas, except in Nepal, are currently operational, according to the Ministry of Foreign Relations.

June 26, 2020 byTSM Web Desk No Comments
Pakistani Prime Minister Imran Khan spoke to President Gotabaya Rajapaksa over the phone yesterday (25), and briefed him on the Jammu and Kashmir dispute, whilst they also discussed bilateral relation