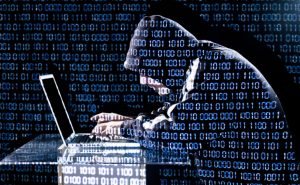 A group of hackers specialized in attacking banks has hit again, and this time they’ve breached four targets in Asia, respectively in Bangladesh, India, Sri Lanka, and Kyrgyzstan, security researchers from Group-IB have told ZDNet.

The only incident that is currently public is one impacting Dutch Bangla Bank Limited, a bank in Bangladesh, which lost more than $3 million during several rounds of ATM cashout attack that took place during the month of May, according to local media reports.

In a report shared with ZDNet prior to publication, Group-IB tied the Dutch Bangla Bank incident to a group of hackers known as “Silence.”

The group, which ZDNet previously covered in a September 2018 piece, has been active since 2016 and has historically targeted banks in Russia, former Soviet states, and Eastern Europe.

According to Rustam Mirkasymov, Head of Dynamic Analysis of Malicious Code at Group-IB, this is the first time the group has ventured into Asia. ZDnet

Indian PM and others address terror attacks in Sri Lanka

April 21, 2019 byRandev No Comments
The Indian Prime Minister and several other foreign dignitaries have addressed the attacks on the Sri Lankan public this Easter Sunday.

June 16, 2020 byTSM Web Desk No Comments
The Election Commission (EC) is to take the final decision on whether the international election observers would be invited or not to monitor the parliamentary election scheduled to be held on 5 Augus