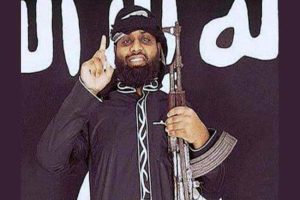 Two persons who funded the alleged mastermind and one of the suicide bombers in the Easter Sunday attacks in Sri Lanka, Zahran Hashim was arrested in Singapore.

AFP reported that the two Singaporeans who were taken into custody had been accused of intending to join the Islamic State (IS) group in Syria.

The two persons were taken into custody in two separate cases under the Internal Security Act, which allows for detention without trial for up to two years.

Singapore is on high alert for any suspicious jihadist activity as the countries leaders believe that Singapore is a prime target for an attack due to its status as a regional financial centre.

May 3, 2020 byTSM Web Desk No Comments
The Ministry of Health and Indigenous Medical Services warns that the country should be prepared for an increase in dengue cases over the upcoming southwest monsoon season.

June 9, 2020 byTSM Web Desk No Comments
The Government has agreed to look into several proposals by the private bus unions including the introduction of two work shifts for the state sector.