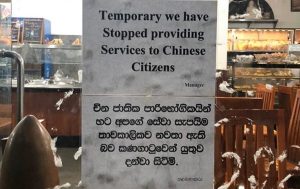 With the recent outbreak of the coronavirus plaguing the Chinese city of Wuhan and spreading to other countries in the region, global communities have reached a state of panic. This panic has now given rise to something that is spreading much faster than the virus itself, Sinophobia.
Defined as a strong dislike of China, Chinese people, and Chinese culture, Sinophobia is fast spreading globally, along with the spread of the virus, with citizens of many countries calling for a full travel ban on Chinese tourists and migrant workers. This can be seen in restaurants and hotels in countries like South Korea, Japan, Hong Kong, and Vietnam, where mainland Chinese customers are refused entry. Indonesian citizens were even reported to have marched to hotels in which Chinese guests resided and called on them to leave country.
Sinophobia is however not limited to countries in the Asian region; reports of French newspapers sporting racist headlines, and increased racist behaviour towards Chinese and other Asians in both Europe and the US have been detailed in several online news outlets.
The hysteria reached the shores of Sri Lanka when the first confirmed case of novel coronavirus (2019-nCoV) was reported on 27 January, as a 47-year-old Chinese woman from the Hubei Province in China was admitted to the National Institute of Infectious Diseases (IDH) in serious condition.
China has, for several years, been Sri Lanka’s second-biggest tourism source market, with terror-hit 2019 being the only exception. China was the second-biggest tourism source market in 2018 with 265,965 tourists, a share of 11.3% of the total arrivals that year. In 2019, however, it dropped to 167,863, a reduction of 36.9% year-on-year (YoY), mainly due to the Easter Sunday attacks. This placed them third in the ranks.

Discrimination at hotels and restaurants

Reports of several establishments discriminating against Chinese citizens flooded social media, with one post on Twitter showing a notice on a road window stating: “Temporary we have stopped providing services to Chinese citizens (sic).”
This discrimination has also spread to several popular tourist destinations in the country, including Galle, Weligama, Mirissa, Hikkaduwa, and Sigiriya.
The manager of a hotel in Weligama told us that while there have been instances of Sinophobia in the area, it has mostly come from unregistered establishments. He explained that the better known places use a different tactic wherein they tell the Chinese tourists and tour agencies that they are completely booked out.
“I do not agree with what they are doing, but I understand why it is necessary. The lady who was admitted travelled around Sri Lanka for two weeks before being diagnosed, so they have to make sure their other guests are safe.”
This sentiment was shared by the owner of a restaurant in Hikkaduwa, who stated that there needs to be better screening for the disease when Chinese tourists enter the country. He went on to state that this will put the Sri Lankan public at ease and help them be more accepting of Chinese nationals.
He also suggested that tour buses should have mask dispensers for their Chinese guests, at least until the disease is brought under control and a cure is found.
Similar to Hikkaduwa and Weligama, certain hotels in Mirissa have also been involved in discriminatory practices against Chinese tourists. The owner of a hotel in Mirissa said his hotel accommodated several Chinese tourists whose reservations were cancelled by the hotels they had booked. He explained that he understood the rationale behind the Sinophobia, as it is to keep the staff and other guests safe.
Speaking on the high-end tourist market, the owner of a restaurant located within the Galle Fort area stated that none of the restaurants there practiced any kind of discrimination, and instead were facing a different issue where many of their Chinese reservations were being cancelled.
Moving our focus away from the South, we spoke to a hotel owner in Sigiriya, who stated that he had not come across/heard of any cases of discrimination against Chinese tourists, as most hotels in the area were happy to have recovered from the aftermath of the tragic Easter Sunday attacks.
The Sunday Morning Business also spoke with tour agencies that conduct inbound tours for Chinese tourists. Officials from a well-known tour agency stated their clients had not faced such discrimination, as they only used reputed hotels and restaurants that have been working with them for a while.
However, an official from a fairly new tour agency stated that while the hotels in which they house their Chinese guests have been accommodative, several restaurants and eateries have refused entry to their Chinese tour groups. He also went on to explain that they haven’t faced this issue with the hotels, as they only house their guests in hotels known to them. He also stated that he was aware that discriminatory practices were being adopted in most parts of the island.

Stick together in difficulties 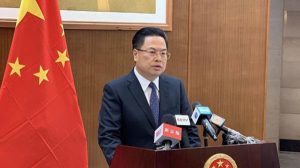 When we contacted the Chinese Embassy on Thursday (6) for a comment on the discrimination Chinese citizens are currently facing in Sri Lanka, officials at the embassy referred us to Chinese Ambassador Cheng Xueyuan’s earlier comment on the matter, stating that they were not in a position to add to it.
The Ambassador issued a statement to the media regarding the matter on 2 February, where he expressed the worrisome nature of taxis, hotels, and restaurants refusing to entertain Chinese citizens, and asserted that true friendship could and must stand the test of difficulties.
He stated that while the Embassy understood the concerns of the Sri Lankan public, they should feel China’s responsible attitude and see the “forceful and effective measures” taken by China.
“The epidemic shall be defeated in the end, and on that day when we look back, we hope what we would remember is the strong look in the supportive faces and the warmth in the encouraging hands, just as what Chinese people have done when Sri Lanka went through difficulties.”
He explained that great efforts are currently been made by Chinese authorities to fight the virus; efforts which have been recognised by the rest of the world.
The Embassy has been in contact with Chinese tourists in Sri Lanka, providing sanitary advice and protective kits, and requesting them to quarantine themselves and take medical treatment once suspicious symptoms show up. The Embassy has also asked Chinese employees based in Sri Lanka to take precautions, and to quarantine themselves and take medical treatment once suspicious symptoms appear.
Last week, The Sunday Morning Business exclusively reported that Chinese travellers are reported to be cancelling scheduled trips to Sri Lanka en masse, with February and March arrivals expected to hit record lows. It appears that China is making the best efforts to stop the spread of the virus through a ban on foreign travel in groups for its citizens. However, it remains to be seen if Chinese tourists would return to Sri Lanka after this virus has been contained or neutralised, helping Sri Lanka recapture a small slice of the world’s largest outbound tourism market.

July 1, 2019 bythemorninglk No Comments
HNB PLC continued the expansion of its exclusive Priority Circle service with the launch of another priority lounge in Maharagama.