The second-day of the 47th Ritzbury sponsored Sir John Tarbet Junior Athletic Championship was held in Anuradhapura on Thursday, 18 October. 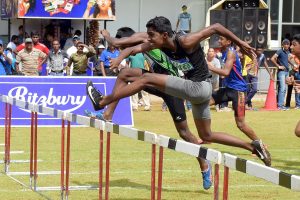 The overall championship comprised both junior and senior championships hedl during different periods, drawing a total participation of over 17,000 athletes.

This year saw the highest-ever participation in the history of this championship, the oldest and the most prestigious schools athletics championship in Sri Lanka.

The second-day of the event saw fierce competition in the finals of the 200 m, High Jump, Long Jump, Discuss Throw as well as the 80 m Hurdles while several new records were also set. 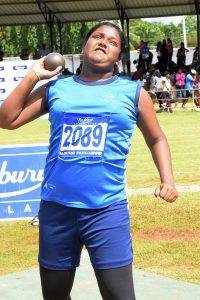 Sewmini Nathali of Ave Maria Convent, Negombo who set a record in the Girls U-15 Shot Putt 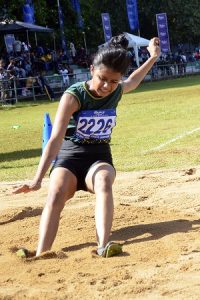 In addition to the above three new meet records, S. Dahamsa Kahangama from Sumana Balika Vidyalaya in Ratnapura also equalled the current record in the Under-15 Girls 80 m Hurdles.

Ritzbury chocolates from Ceylon Biscuits Limited (CBL) is the sole sponsor of this annual event for the 8th consecutive year.

Friday is the final day of the event where the award presentation ceremony will also take place.

Andy Murray loses to Fernando Verdasco in second round

August 30, 2018 byMalik No Comments
Andy Murray's return to Grand Slam tennis ended in a four-set defeat by Spanish 31st seed Fernando Verdasco in the US Open second round.