Sivajilingam to appear before TID on Saturday 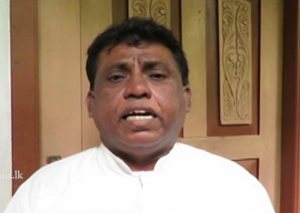 TID had requested Sivajilingam to appear before the TID tomorrow(27) over the ” North Genocide Commemoration Week” he had organised in May this year.

However, speaking to The Sunday Morning, he said he would not be able to appear before the TID tomorrow due to personal reasons.

July 1, 2020 byTSM Web Desk No Comments
Stage dramas and performance theatres have been permitted to reopen from 15 July.

December 3, 2018 byEaswaran No Comments
Tamil Nadu intelligence agencies are on alert over a new "LTTE" group which issued a statement last week.