September 15, 2020 by themorningeditor1 liberty No Comments 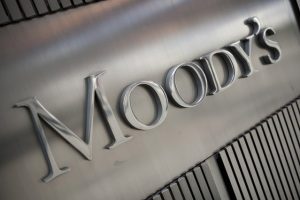 Credit pressures are likely to increase for some governments with large dollar-denominated debt repayments, with Sri Lanka (B2 review for downgrade), along with Turkey (B2 negative) and Ukraine (B3 stable), being at greatest risk, according to Moody’s.

“Sri Lanka has $ 1.0 billion in international bonds to repay in October. The Government has secured $ 1.2 billion in external financing from China Development Bank (A1 stable), along with a $ 400 million swap line from the Reserve Bank of India, both of which bolster foreign exchange reserves. Nevertheless, weaker dollar inflows from subdued tourism and textile receipts are likely to keep reserves low through the remainder of 2020,” Moody’s pointed out in its report titled “Sovereigns – Global: Global risk appetite recovery supports emerging market funding; liquidity strains to persist for lowest-rated sovereigns” released yesterday (14).

“Over the remainder of 2020, external pressures – which for many non-investment-grade sovereigns were already significant prior to the current economic shock – will increase for some governments with large dollar-denominated debt repayments. Weaker reserve adequacy will constrain central banks’ monetary policy flexibility. It could also spark greater local currency depreciation, raising the cost of imports and increasing governments’ fiscal risks, given the high levels of foreign currency debt,” the report adds.

The external debt repayments for these three nations through the entirety of 2020 are double the projections of Moody’s for year-end foreign exchange reserves. On top of these external pressures, these governments’ debt burdens are most sensitive to further local currency depreciation, as around half of outstanding government debt is denominated in foreign currency, it notes, adding that further currency depreciation raises the local currency cost of servicing external debt.

Moody’s placed Sri Lanka’s B2 rating on rating watch for possible downgrade in mid-April, following the outbreak of the Covid-19 pandemic in the island.

July 8, 2019 bythemorninglk No Comments
Lonely Planet reaffirmed its ranking of Sri Lanka as the best place to visit in 2019, in spite of the Easter Sunday attacks which claimed the lives of around 40 tourists and over 250 people in total.

May 17, 2020 byCharindra No Comments
As the COVID-19 fund was rebranded 'Itukama' and surpassed Rs. 1 billion in donations, stringent governance and an independent audit must be absolute priorities of the President and his team.