Sri Lanka and England go head-to-head for the third and final time in their Test whites in Colombo, with England 2-0 up and in sight of a rare series away series sweep. 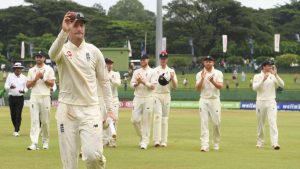 In all these years, England have played just 15 Tests in Sri Lanka, winning six times. Three of those have come in the last three fixtures, one in the last game of the 2012 tour, when the two-Test series was drawn 1-1. They have won both on the current tour, by 211 runs and 57 runs respectively.

It’s been a fantastic result for England – 2-0 already assures them the second spot on the MRF Tyres ICC Test Team Rankings irrespective of the outcome of the final game, and it also marks their first win in an away series in Asia since late 2012, when they beat India 2-1. In the last two years, in fact, they had won nothing – returning win-less from India, Australia and New Zealand.

Keeping all of that in mind, the result in Sri Lanka is as incredible as it is unexpected, and England have done it with their spinners, beating the home team in their own game.

Moeen Ali tops the wicket-takers’ chart at this stage with 14 strikes, the same as Dilruwan Perera, but at a superior strike rate. At No.3 is Jack Leach with 13 wickets, followed by Akila Dananjaya with 10 and Adil Rashid with seven.

Ali and Leach, as well as Rashid, have also struck the more crucial blows, pulling off match-winning spells for their team, which the Sri Lankans haven’t managed to do.

Making things worse for Sri Lanka, who bid farewell to Rangana Herath after the first Test, is the fact that Dananjaya won’t be a part of the final Test either, after he was reported for a suspect action. Nishan Peiris, the uncapped 21-year-old off-spinner, has been drafted in for Dananjaya. 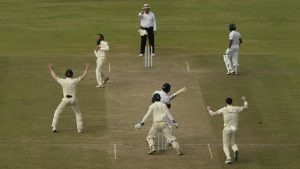 Moeen Ali has 14 wickets from the two Tests

Turn to the batting, and the Englishmen are tops there too, with Ben Foakes up at No.1 with 228 runs, followed by Keaton Jennings with 219, and after Angelo Mathews’ 213, there’s Joe Root (176) and Jos Buttler (170) completing the top five.

Put it all together, and it’s pretty clear why England have won two Tests and Sri Lanka none – Dinesh Chandimal’s continued absence hasn’t helped the home side either.

England are making two changes for the final Test – Stuart Broad replacing James Anderson, and Jonny Bairstow coming in for the injured Sam Curran. They won the second Test without any major contribution from Anderson or Curran with the ball, so the changes shouldn’t hurt them much. 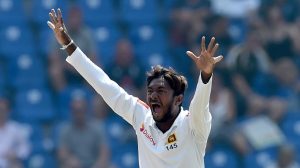 Akila Dananjaya (above) has been replaced by Nishan Peiris

Moeen Ali (England): Well as Ali has bowled, landing the ball exactly where he has wanted to, 23 runs from four innings is well below what the team expects from him. He’ll hope to add to his tally of wickets, sure, but will also want to take his series aggregate with the bat up to a respectable number.

Angelo Mathews (Sri Lanka): Someone in that Sri Lankan batting order has to take the responsibility to make a difference, and Mathews appears best-placed to do so. He has so far hit 52, 53, 20 and 88 – that’s good form. A biggie in Colombo can go some way towards giving Sri Lanka a consolation win.

Rain is forecast for Colombo for the first couple of days of the Test, so the hope will be that it stays away for long enough to give us a game. If that happens, the batsmen will want to get in and have a go in the first two days, after which the spinners should hold sway.