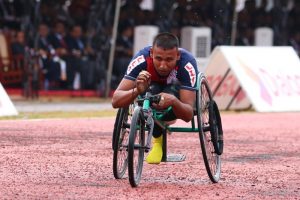 It was Gajaba Regiment that won the second-place with 37 points while Vijayaba Infantry Regiment won the third-place with 21 points.

More than 700 differently-abled Army personnel showcased their talents in the Games this time. 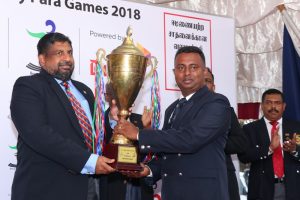 The SL Light Infantry receives their championship trophy. Their captain is seen on right.

The 72 track and field events were the highlight.

Dialog Axiata PLC provided the sponsorship for the fourth consecutive year for the Army Para Games.

October 27, 2019 byThe Sunday Morning No Comments
In the two preceding weeks, we discussed the importance of the Tennis 10s programme for young kids who initially take the game up as a hobby.