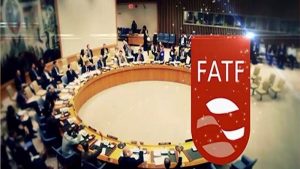 Sri Lanka has been taken off from the ‘Grey List’ of the Financial Action Task Force (FATF), the global policy setter on Anti-Money Laundering and Countering the Financing of Terrorism (AML/CFT).

The FATF congratulated Ethiopia, Sri Lanka and Tunisia for the significant progress made in addressing the strategic AML/CFT deficiencies identified earlier by the FATF and included in their respective action plans.

According to the FATF these jurisdictions will no longer be subject to the FATF’s monitoring under its on-going global AML/CFT compliance process, and will work with the FATF-Style Regional Body of which they are a member to continue to strengthen their AML/CFT regimes.

In October 2017, FATF   listed Sri Lanka as a jurisdiction with strategic AML/CFT deficiencies in the FATF’s Compliance Document which is more commonly identified as “the Grey List” and provided a time bound Action Plan for implementation.

FATF indicated that Sri Lanka has not made sufficient progress in 4 areas, namely International Cooperation, Supervision, Legal Persons and Arrangements and Targeted Financial Sanctions on Proliferation (North Korea and Iran).

Since the listing in November 2017, the Financial Intelligence Unit of the Central Bank of Sri Lanka had taken steps to implement the FATF Action Plan and the progress was reported to the FATF regularly.

April 4, 2020 byTSM Web Desk No Comments
The Meteorology Department has issued a red alert for heavy rain and lightning at 1 pm today ( 4).