October 22, 2018 by The Sunday Morning No Comments 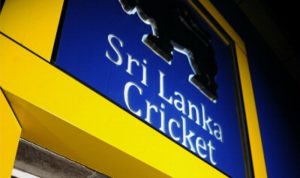 The Chief Financial Officer of Sri Lanka Cricket (SLC) was arrested today over an attempt to commit financial fraud.

The Sri Lanka Cricket Board had recently filed a complaint at the Financial Crimes Investigations Division (FCID) over an attempted financial fraud.

SLC said that there was an attempted fraud of USD 5 million in relation to the broadcasting rights of the England tour to Sri Lanka.

SLC said that it was able to successfully avoid a fraudulent attempt to transfer US$ 5.5 million of SLC’s Media Rights Sponsorship funds, which was due from an International Media Network to an offshore account.

January 13, 2020 byTSM Web Desk No Comments
The Foreign Ministry is presently coordinating to repatriate the remains of the deceased three Sri Lankan students who died in Azerbaijan on 9 January, to Sri Lanka at state expense.