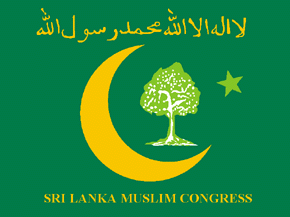 The 20th Amendment encourages anti-democracy and SLMC as a party would not agree to it, General Secretary Nizam Kariapper told the Morning.

He believes that 20A puts too much power on authorities and makes the country anti-democratic. Further, he stated that the issues in the 19th Amendment should be discussed with stakeholders instead of enforcing 20A.

However, MP Rauff Hakeem, leader of the SLMC, has shared his positive thoughts on the 20th Amendment on Monday (7), contrary to the beliefs of the party.

July 29, 2020 byTSM Web Desk No Comments
Although health service authorities on Monday (27) informed that the isolated zones in Rajanganaya were released from isolation, there were Police and Army-manned checkpoints at the entrance and exit

Hambantota Port to move over 5000 vehicles out of the port

April 25, 2020 byTSM Web Desk No Comments
Hambantota International Port (HIP) is ready to move over five thousand vehicles out of the port in the next few days, following a directive by the government that the port should remain clear for ess