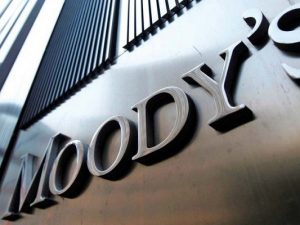 Moody’s a rating agency has warned that Sri Lanka’s debt moratorium for SMEs is credit negative for banks and is unlikely to support economic recovery.

On 13 January the Central Bank of Sri Lanka (CBSL), issued guidelines on the debt moratorium for small and midsize enterprises (SMEs) that the government announced in December last year.

These latest SME relief measures are the second major set of economic stimulus measures announced by the current administration since it took office at the end of last year.

“However, similar to our expectation on any macroeconomic benefits from the tax cuts announced for businesses and households, they are similarly unlikely to lead to significant and sustained acceleration in economic activity, despite SME activity across various sectors comprising around half of Sri Lanka’s gross domestic product and employment,” Moody’s said in a press statement.

The Rating Agency said any short-term boost to economic activity will depend jointly on SMEs uptake for working capital support and banks’ additional lending because of the aggregate measures.

“We expect a strengthening tourism sector to drive continuing and gradual economic recovery in 2020, with real GDP growth picking up
to 3.4% from the 2.6% we expect for 2019. We do not expect the SME debt relief package or the broad-based tax cuts to significantly
boost demand.”

“According to the central bank’s guidance, the moratorium will not apply to import credit facilities, with the exception of those for machinery and equipment. As such, we do not expect that the most export-oriented SMEs will receive a significant benefit from this relief package because of the weak external environment,” Moody’s pointed out.

Through the first 11 months of 2019, Sri Lanka’s exports grew just 0.8% year on year in US dollar terms, a significant deceleration from 5.0% in the corresponding period in 2018.

“The SME debt relief package will also include a joint credit guarantee scheme formed by the government and CBSL, which will provide guarantees up to 75% of the gross loan amount for those SMEs with nonperforming loans. Because banks will be charged a 1% per annum guarantee fee, we do not expect this guarantee program to result in any fiscal cost for the government,”  Moody’s pointed out.

January 9, 2021 byLahiru Pothmulla No Comments
The police today requested all buses including private and SLTB buses to display the bus number inside the bus in order to help tracing contacts of COVID-19 patients.