September 18, 2020 by Skandha Gunasekara No Comments 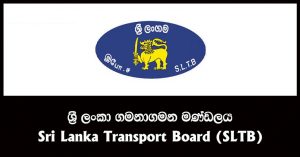 The Sri Lanka Transport Board (SLTB) incurs an estimated loss of Rs. 120 million a month due to the ongoing ticket scam.

SLTB Chairman Kingsley Ranawaka told The Morning that bus conductors’ failure to give tickets to commuters was causing this issue.

“Some conductors don’t issue tickets after taking the money for it. As a result, a huge loss is incurred by the SLTB. We’ve asked the commuters to ensure they obtain tickets. Around Rs. 60 lakhs (Rs. 6 million) a day is lost because of this.”

He said that detection activities and raids are being carried out to curtail the problem, but additional measures were needed.

“We are trying to curb this problem with raids. But that is not the solution because the conductor gets interdicted and the SLTB loses an employee. So we need to change the attitude of SLTB employees,” Ranawaka said.

“We want to increase the penalty for commuters without tickets as well as for conductors who fail to produce tickets. This will also reduce the problem and help recover the costs incurred as a result. We want to prevent this problem, not just penalise them after the wrongdoing has taken place,” said the SLTB Chairman, adding: “The legal reforms have been sent to the AG’s (Attorney General’s) Department.”

December 31, 2019 byTSM Web Desk No Comments
Two Tamil Nadu journalists have been booked for interviewing Sri Lankan refugees and writing a news story on their perspective on the CAA-NRC issue.

April 24, 2020 byTSM Web Desk No Comments
A group lawyers have urged the Bar Association of Sri Lanka to take firm action against the unlawful detention of Attorney at Law Hejaaz Hizbullah.