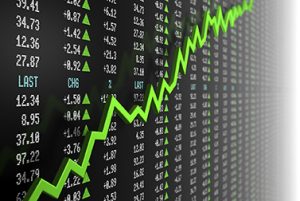 Savvy investors who snapped up bank stocks at Colombo Stock Exchange (CSE) at their lowest points saw quick and significant returns on their investments, with some stocks appreciating over 40% in a week.

Most banking sector stocks hit their lowest prices since 2009 on 12 May only to rebound within a couple of days to end much higher, providing near-instant rewards for investors with a risk appetite.

Speaking to The Sunday Morning Business about the price appreciation, CSE Chairman Ray Abeywardena gave a resounding “I told you so”, referring to an article we published with his comments a few hours before the market opened after a seven-week closure on 11th May. In the article, he said that there was “tremendous value” for long-term investors and that this was a “once in a lifetime” buying opportunity.

On 12 May, all banking stocks were trading below the Rs. 100 mark, after Sampath dropped from its earlier close of Rs. 100. According to seasoned market watchers, the last occasion all these stocks had fallen below the Rs. 100 mark was back in 2008 when the All Share Price Index (ASPI) crashed 41%, following the Seylan Bank and Sakvithi scandals and the 2007/2008 global financial crisis. They hovered around those prices till around the time the war ended.

However, it remains to be seen where the banking stocks go from here, as the banking sector has been under heavy stress due to the burden of the financial relief being provided by the Government falling squarely on its shoulders. The Central Bank of Sri Lanka added to the sector’s woes recently by prohibiting it from paying dividends to shareholders, which may reduce the attractiveness of banking stocks for investors.

The rise in prices has not been unique to bank stocks however, as the S&P SL20 Index, which includes the 20 largest listed companies by market capitalisation, made historic gains on two separate occasions over the past 5 trading days.

The index gained 6.28% during trading on Thursday (21), bettering the previous record for the highest-ever daily percentage gain of the Index of 5.25%, which was remarkably set just three days earlier on 18 May.

January 12, 2020 bythemorninglk No Comments
What's so special and unique about the One Galle Face Mall?

April 19, 2020 byCharindra No Comments
Contrary to popular belief, a country does not need to produce the food it requires within its borders to achieve food security, notes Advocata Institute in its weekly column in The Sunday Morning.