‘So Sri Lanka’ to be retained as tourism tagline

June 27, 2020 by Madhusha Thavapalakumar No Comments 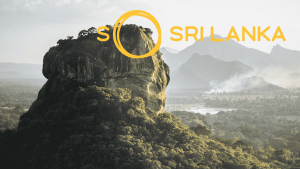 Amidst speculation about the future of the “So Sri Lanka” tagline within the tourism industry, particularly as it was formulated during the tenure of the previous Government and previous administration of Sri Lanka Tourism, the Sri Lanka Tourism Promotion Bureau (SLTPB) has confirmed that the tagline will be retained for the long-awaited global campaign.

SLTPB Acting Managing Director Madhubhani Perera told The Sunday Morning Business that the existing tagline would be used for the promotion campaign with no changes.

”We are going ahead with the ‘So Sri Lanka’ tagline. There will be no changes,” Perera stated.

The post-pandemic tourism promotion campaign is set to be launched in January 2021, and a Cabinet-appointed Technical Evaluation Committee has been appointed by the Treasury to prepare the procurement process.

”The committee is in the process of preparing the bid document. We have not yet started the procurement process. We are going through all the terms of references with documents before floating the tender,” Perera added.

Perera expressed confidence in floating the tender within a month as they are of the view of completing the necessary steps within this year.

On Wednesday (24), Sri Lanka Tourism announced that it aims to reposition Sri Lanka as the world’s number one destination with an excellent healthcare system by introducing extensive health and safety protocols to ensure a “safe and secure” traveller experience. This has been thought of following Sri Lanka’s successful containment of Covid-19.

Secretary to the Ministry of Tourism and Aviation S. Hettiarachchi told The Sunday Morning Business two weeks ago that this campaign will be unlike any previous campaign planned or conducted by the Ministry or the Sri Lanka Tourism Development Authority (SLTDA) due to the unprecedented nature of Covid-19 and its impact on international tourism as well as the global economy. Targeted tourist arrivals through this campaign and the cost are yet to be disclosed by the Ministry.

The long-awaited global advertising campaign for Sri Lanka Tourism was set to be launched in September this year but faced delays due to Covid-19. The campaign, which has been in the pipeline for five to seven years under two governments, has been desperately awaited by the industry, particularly following the Easter Sunday attacks and more recently the coronavirus outbreak.

Scheduled to be conducted for a period of five years, the campaign is aimed at bringing in six million tourists by 2025, sources told The Sunday Morning Business. While the campaign has received the approval of the Treasury early this year, the total cost of it is yet to be revealed.

When we contacted Perera of SLTPB before Covid-19, she said that bids will be called simultaneously for one Sri Lankan creative agency and for eight foreign market-specific companies to conduct destination representation campaigns.

In planning this campaign, the SLTDA has analysed tourism data from the past five years and segregated the campaign into three categories: Mature markets, Eastern and Middle Eastern markets, and new markets.

SLTDA will appoint destination representation agencies for the mature and Eastern and Middle Eastern markets. These agencies will conduct digital tourism marketing activities and public relations (PR) campaigns in the Eastern and Middle Eastern markets while in the mature markets, in addition to this, they will also conduct Above the Line (ATL) and Below the Line (BTL) marketing campaigns.

Tourism marketing for new markets will be conducted by PR agencies that would showcase PR activities to attract tourists from those respective markets.

Singapore based LDR Technologies has collaborated with Mobitel to launch ‘Locomole’, a location based, customizable app to promote digital tourism in Sri Lanka. Locomole is the first experiential tourism app launched in Sri Lanka and is powered by Mobitel and guided by the Ministry of Tourism Development. In the initial[…]

Policy interest rates of the CBSL to remain unchanged