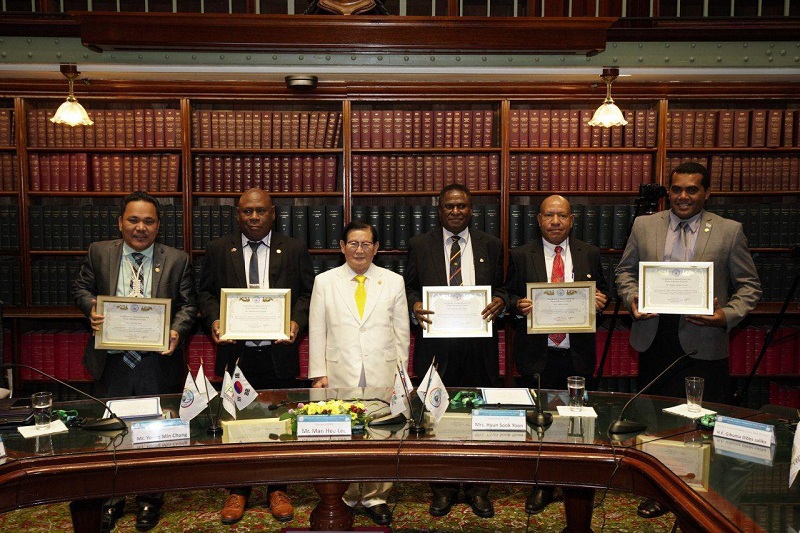 The Pacific Leaders’ Summit for Peace, Sydney’ was held at the New South Wales Parliament House in Australia under the auspices of Heavenly Culture, World Peace, Restoration of Light (HWPL), an international NGO under the UN ECOSOC.

With the participation of Governor-General of Tuvalu and high-ranking officials of South Pacific including Australia who emphasized the need for international mechanism for sustainable peace, this summit on the theme of ‘Center of Spreading Peace beyond Ethnicity and Borders hosted by Legislate Peace Campaign’ was held for South Pacific leaders to call for the introduction of Declaration of Peace and Cessation of War (DPCW) at the UN General Assembly.

The DPCW was proclaimed by HWPL International Law Peace Committee, composed of international law experts such as ILA, to not only avoid violence and ensure friendly relations among states but also guarantee ethnic identity and develop a culture of peace through civic participation. With the intergovernmental support, HWPL is calling for countries to support the DPCW as a resolution at the upcoming UN General Assembly in 2019.

Gibbs Salika, Chief of Justice of Papua New Guinea, said, “After a careful understanding of the DPCW, I truly do feel and understand that all our individual effort is needed to build up strong peaceful nations, which I would like for all Pacific Leaders here today to take into consideration as a part of a global family. For us in the Pacific, we must be the champions of peace not only in our region but throughout the world.”

“In this age, we must achieve this peace today. So, in order to achieve world peace, there must be one law being able to keep and also the standard has to be established. So, we have created the DPCW to achieve peace. The DPCW to end the war and make peace must become the only eternal legacy to the future generation, and I hope that we achieve the era of peace together so that it becomes forever light in history,” said Man Hee Lee, Chairman of HWPL. 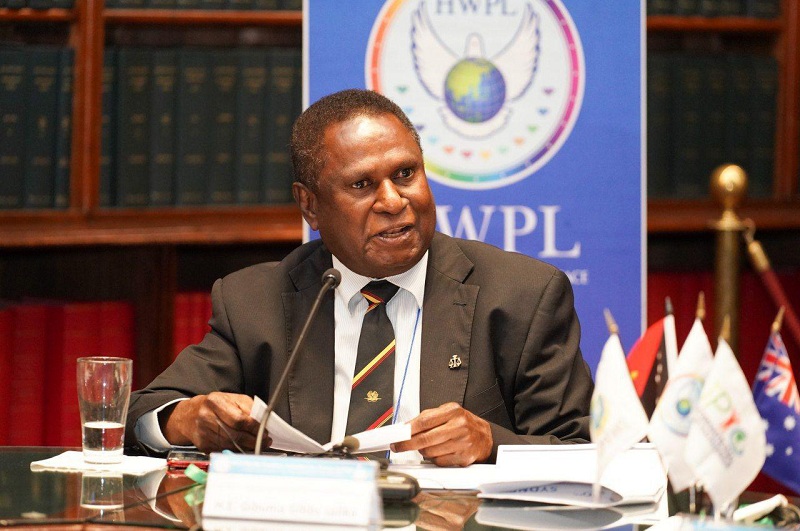 Through this conference, 6 Chairpersons of the National Assembly, 3 ministers and the chief justices, the former and current heads of state, Governor-General of Tuvalu, former President Marshall Islands signed “HWPL – Pacific Islands Comprehensive Agreement on Advocacy for the DPCW.” This agreement contains active cooperation for the development of DPCW with the spirit of peace by 12 high-level government leaders from eight countries in the South Pacific.

“This strategic approach by HWPL, gaining support from governments and civil society groups, is significant in achieving peace. HWPL has established a partnership through an MOU with Pan-African Parliament from 55 member states of the African Union for the support of the DPCW.

This flow of network for peace led to this summit where government officials, leaders of NGOs and citizens from the Pacific countries advocate the UN and global community for international law for peace,” said Ian Seo, General Director of Department of Public Relations, HWPL.

October 31, 2018 byMalik No Comments
US President Donald Trump has offered condolences at the Pennsylvania synagogue where 11 Jewish worshippers were shot dead at the weekend.

October 8, 2018 byEaswaran No Comments
President-elect Ibrahim Mohamed Solih has been invited to make a state visit to China once he is sworn into office on November 17.