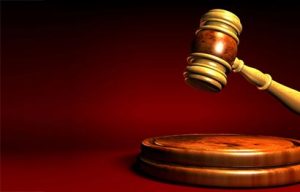 The President’s former Chief of Staff and former Chairman of the State Timber Corporation (STC) have been served indictments for accepting bribes in 2018.

The Permanent High Court at Bar gave the ruling today (08) after the two suspects I.H.K. Mahanama who was the Presidents former Chief of Staff and Piyadasa Dissanayake, former Chairman of the STC were arrested in 2018 for allegedly accepting a bribe of Rs 20 Million.

The arrest which was carried out by the Bribery Commission instigated the two officials of soliciting a bribe from an Indian businessman in order to transfer machinery equipment belonging to the Kantale Sugar Factory.

The two suspects who were granted bail on September 2018 were called before the court for the hearing of bribery case as per the ruling of the Magistrate of December 2018.

January 19, 2020 bythemorninglk No Comments
The CEA proposed options including securing the services of a foreign consultancy firm with adequate technical knowledge to expedite investigations into UK garbage containers.