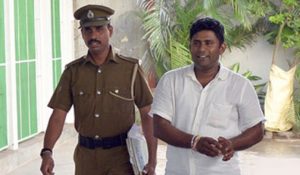 Niraj Roshan who was arrested last year over the illegal possession of elephants was released under order from the Special High Court today (07).

Roshan alias ‘Ali Roshan’ and a number of other suspects were arrested by the Criminal Investigations Department (CID) last year over the illegal rearing of elephants and racketeering but was later granted bail.

When the case was taken up on February 13th, the defence attorneys had stated that this case was filed under Section 5(3) of the Public Property Act and raised a preliminary objection stating that the Special High Court does not have the jurisdiction to hear the case, hence sought the acquittal and release of the defendants.

With the highest number of Covid-19 patients being reported within a 24-hour period in one location, recording 32 patients on 20 April, the Sri Lankan health authorities have changed the manner in wh

March 23, 2020 byTSM Web Desk No Comments
Public seen maintaining a 1 m distance between persons in supermarket and ATM queues in some areas where curfew was lifted this morning.