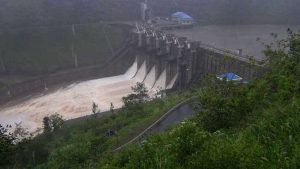 Five spill gates of the Upper Kotamale Reservoir have been opened due to the heavy, persisting rainfall being experienced in the central mountain region of the country since this morning (19).

Yesterday (18) two spill gates had been opened in the Laxapana Reservoir, due to the prevailing heavy rainfall.

Meanwhile, the Kalu Ganga has been observed rising to ‘Alert Level’ in the Ratnapura area, the Disaster Management Centre (DMC) said. 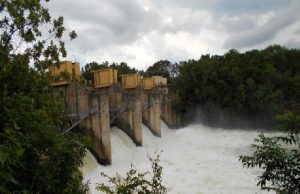 The water level of the Kotmale Oya has also increased and the Nuwara Eliya District Disaster Management Unit requests the people using water from the Oya to remain vigilant.

The water level of St. Clair’s Falls has also increased due to the heavy rainfall while several lowlands have been flooded due to continuous showers falling on the western slope of the central mountains.

For more information regarding the prevailing weather situation and warnings, the general public is requested to contact the DMC’s emergency hotline service (117) for further information.

April 28, 2020 byTSM Web Desk No Comments
The Tamil National Alliance (TNA) said it was awaiting the Government’s response for the proposal made by the Opposition on reconvening Parliament before looking at seeking a court ruling.

May 1, 2020 byTSM Web Desk No Comments
Farmers in certain areas have been continuously complaining about the shortage of seeds and fertiliser required for cultivation as they are facing various issues in that regard including illegal rack