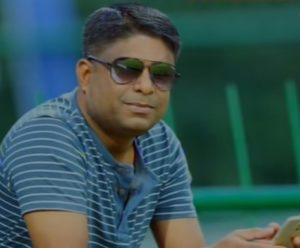 The sudden transfer of the long-serving SLC media division employee Silva from SLC’s Maitland Place headquarters to its Surrey Village Ground in Maggona, near Kalutara, raised many an eyebrow and troubled cricket journalists of the local media who worked closely with Silva for over a decade.

The transfer was to come to effect from Monday, 17 September amidst a Crime Investigation Department (CID) investigation was being held, on an alleged financial fraud relating to SLC’s TV rights money for the forthcoming England cricket series.

Chanaka Silva has worked at SLC as Media Assistant since 2012 after joining the institution 18 years ago.

He was the victim of a similar situation a few years ago when the SLC was under an interim administration when Jayantha Dharmadasa and Nishantha Ranatunga headed SLC as its President and Secretary respectively.

Then Silva was suddenly transferred to the same Maggona grounds for allegedly divulging sensitive information to the media. But following an inquiry into the allegation, Silva was found innocent and was reinstated at SLC headquarters.

There is speculation that the previous cricket administration, under Thilanga Sumathipala, has still had an invisible hand, especially with regard to SLC financial matters. This was evident in the way the media directed questions at the SLC higher-ups including its Chief Executive Officer Ashely De Silva at the media conference held last Thursday, 13 September at SSC, Colombo, on the attempted TV rights fraud.

SLC complained to the Financial Crimes Investigation Division (FCID) on September 10 on an attempt by its finance division employee to transfer a massive chunk of the TV rights money, amounting to nearly Rs. 900 million or 90 crores, to an offshore account in Hong Kong.

SLC later sent its Finance Controller Piyal Nishantha on permanent leave until the investigations on the issue are completed by the the Crimes Investigation Department.

Sports Minister Musthapha appointed Ministry Secretary Pathmasiri in June to oversee cricket administration after its election was halted by a court order in May.

October 29, 2018 byRevatha No Comments
Uncapped 30-year old left-arm spinner Ajaz Patel has forced his way into the New Zealand squad for the three T20Is against Pakistan

August 20, 2018 byRevatha No Comments
103rd Sri Lanka Tennis Nationals will be held at the SLTA from August 18 to September 2.