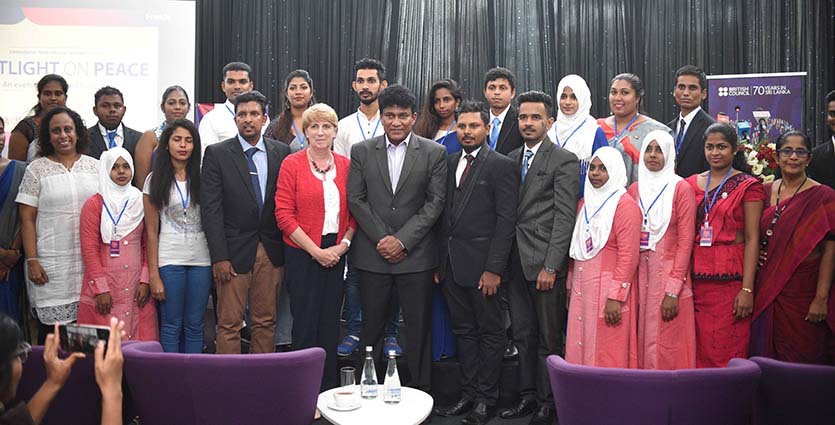 Presented by the International Youth Alliance for Peace, “Spotlight on Peace’ took place on 30 June at the British Council Library, for the appreciation and recognition of the efforts of the members of the Galle Peace Ambassadors Leadership Programme (PALP).

PALP is an initiative to build leaders in communities to ensure the constant prevalence of peace.

With British Council celebrating 70 years of its establishment in Sri Lanka since 1949, Caldicott emphasised that British Council represents the UK in all aspects of cultural relations, building connections, and opportunities between the people of Sri Lanka and the UK.

“We express our solidarity with Sri Lanka on preventing extremism. Our work encompasses English teaching, libraries, and UK examinations.

We are looking forward to the next 70 years where we will continue our commitment to a stable and prosperous world, contributing to societal change in Sri Lanka while focusing on priority areas for the Government and the civil society,” she added.

The Active Citizen Programme – a foundation for PALP members – was designed in partnership with British Council Sri Lanka and the IYAP.

The programme which was conducted in Galle last year is a non-profit initiative that promotes community cohesion, improvement of social engagement, and volunteering in around thirty countries including Sri Lanka for the past six years.

The programme includes young people between 18-30 years of age. These individuals are those who have demonstrated local, social responsibility and whilst together, have been able to build trust and understanding, develop skills, and deliver social action projects.

Needless to say, the programme invariably acts as an initiative for the youth to actively partake in and help resolve concurrent issues such as poverty, gender discrimination, and violation of human rights as well as environment pollution.

“As a country and as young people of this country, we have the right. We have the responsibility to see to it that past mistakes are not made; that they are not repeated in any form,” said a participant of the programme. 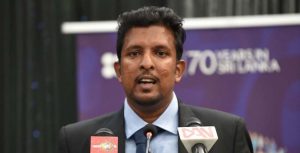 IYAP Executive Director and Founder Thirukumar Premakumar incited that the organisation is one which is run and led by youth under 30, starting from directors to its members.

As any other organisation, this too grew from discussions that were led between a small group of individuals down Independence Square: “We spoke about change and what six young individuals alone can do, and that started off what you see today as International Youth Alliance of Peace.”

Thirukumar added that this year will mark its sixth year of operations. With hopes to scatter across South East Asia and Asia, the organisation is established in Bangladesh, Nepal, and Sri Lanka, and is currently on their way towards establishing themselves in Pakistan.

“IYAP believes in the youth; everything you see is run and monitored by the youth”.

Accordingly, their belief in youth to be the change as well as to lead the way acts as a characteristic distinct to the group.

Finally, the Chief Guest of the evening National Integration, Official Languages, Social Progress, and Hindu Religious Minister Mano Ganeshan spoke on the importance of imparting a sense of diversity into the psyche of school children. The evening concluded with the distribution of awards to the leaders/participants.

April 7, 2019 bythemorninglk No Comments
Last Friday marked the 100th birthday of the greatest protagonist of Sri Lankan cinema to have ever lived. The honourable Dr Lester James Peries was born on 5 April to our small pearl of an island.

August 4, 2019 bythemorninglk No Comments
When the news of my pen friend's passing reached me, my first thought was that the world is now void of a lady who possessed the grace, humility, eloquence, and good nature of a bygone time